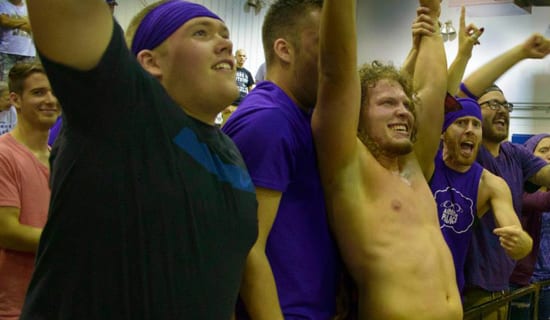 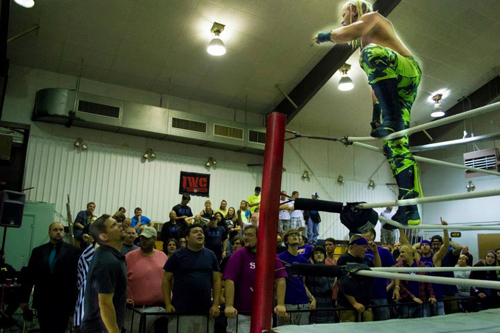 While IWC’s annual “Proving Ground” has amassed a reputation for a night when the future steps up to become the present, the events that unfolded as IWC “Saturday Night Fights” in White Oak, PA took that premise to a new level when it came to hungry, young competitors fighting for their opportunity in the sun. 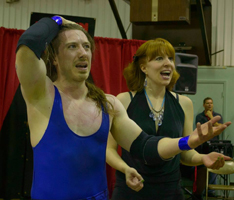 Perhaps the biggest story of the evening was the evolution of Andrew Palace. We were all a bit surprised when we read Palace vs. Chest Flexor in a battle dubbed “The STDs Flare Up” was announced for the event, but new minority shareholder Jimmy DeMarco wasted no time flexing his power (and muscles) by explaining his feelings that Andrew no longer needed the STDs at his side. Perhaps it was punishment for the confusion and chaos the STDs caused in Palace’s Super Indy Title #1 Contender Cage Match a month ago, perhaps it was DeMarco just trying to inspire his talent roster, but either way, we saw a huge win for Palace over his former leader, and a bigger bombshell from there… due to the impressive victory, combined with the fact Palace was involved in the confusion of last month’s cage match… the main event would now be a three-way #1 Contender for the Super Indy Title match… Facade vs. Sammy Guevara vs. Andrew Palace! Facade was quick to emerge from the curtain to protest, picking up where he left off from his uncomfortable tantrum a month ago, b 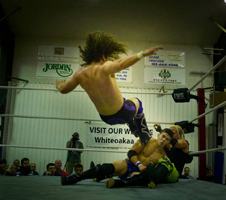 ut DeMarco had spoken and the match was made, except for one other caveat we would learn later… due to Facade’s abuse of referees a month ago during his outburst… DeMarco himself would be refereeing this match!

The ensuing three-way in the night’s main event was the personification of what Super Indy is all about. High flying, death-defying, grueling and testing for each man involved. For nearly 20 minutes, the battle continued, showcasing much the anti-thesis of the “Sports Entertainment” mantra that RJ City would have you believe is the “right” way to present the division. After a breathtaking encounter, Guevara found himself injured on an awkward spill to the outside. As referee DeMarco tended to him, Facade, uncharacteristic of what we are used to seeing, struck Palace in the head with a can of his spraypaint. However, that exclamation point backfired, as once Facade disposed of the evidence, Palace was able to cradle Facade for the victory! While Facade regrettably displayed some less than professional behavior

with his outburst toward several individuals and the IWC as a company, tonight will be remembered as a coming of age for Andrew Palace, as he now enters a Super Indy Title battle against RJ City at Retro Reunion!

The official in-ring debuts of The Faces of Change were certainly very much anticipated as well, and the FOC kicked off their official careers in impressive fashion. In tag competition, Roger Corpo & Vic Adonis were able to best former IWC Tag Champions Colin Delaney & Keith Haught, a loss very frustrating to the normally feel-good tandem. Later in the night, Darin Dinero was able to best Aiden Veil in one-on-one competition. The threesome certainly made a major statement – Darin, the self-proclaimed natural wrestler and money waiting to happen, Corpo the trash-talker and pot-stirrer, and Adonis the muscle behind it all. However, The Founding Fathers – Justin Idol, Jimmy Vega$ and Dennis Gregory, proved the rumors true and showe 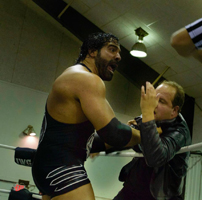 d up to confront the trio that had given them arguably their biggest beating ever. An enraged Founding Father faction ran the FOC off before issuing a very morbid warning when the two factions cross paths at Retro Reunion!

A bombshell was dropped in a live edition of IWC Aftershock as Justin LaBar publicly claimed to Team Big League leader John McChesney, that LaBar had signed a new talent to be part of the TBL camp… and it’s none other than Matt Hardy?! That’s a very bold claim indeed, one we can’t confirm or deny at present time. 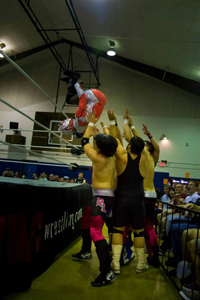 Though we can confirm LaBar & McChesney rode the momentum created by McChesney surviving Caged Fury, as McChesney handed Asylum his first pinfall loss in IWC as a result of some brass knucks handed in by LaBar.

In other action, it was a wild six-man tag as The Knight Riders, Remy LaVey & Sam Cassidy joined forces with the masked Draviko to oust “Wild Child” Lee Ryans and newcomers Alex Daniels & Joshua Singh… Rookie and Lance Storm student Bryan Bowers had friends and family from the area supporting him as he impressed against the man who effectively ended the career of Jimmy Nutts, Matthew Justice. Justice had Bowers pinned, again with help from LaBar & his brass knucks, but after the 3-count, the official found the infraction and reversed the decision in favor of Bowers. And Corey Futuristic finally had to pay penance for his steel chair assault on Madisynn last July… Corey was trapped one on one with Jock Samson (subbing for Marshall the Bull, still injured from WarGames). Jock made an emphatic statement with an old-school southern style mauling.

IWC returns to action October 18 with Retro Reunion at the Court Time Sports Center in Elizabeth! 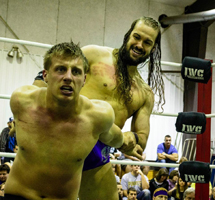 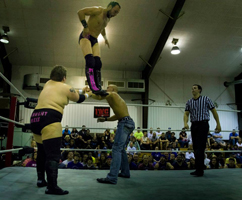 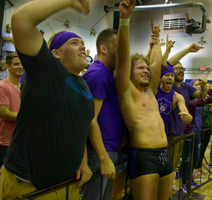 For more Saturday Night Fights images from Daniel Hooven, visit the album on our Facebook!