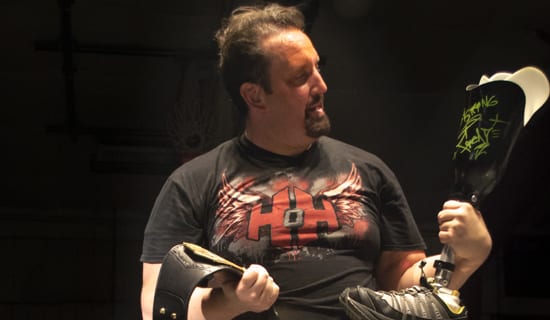 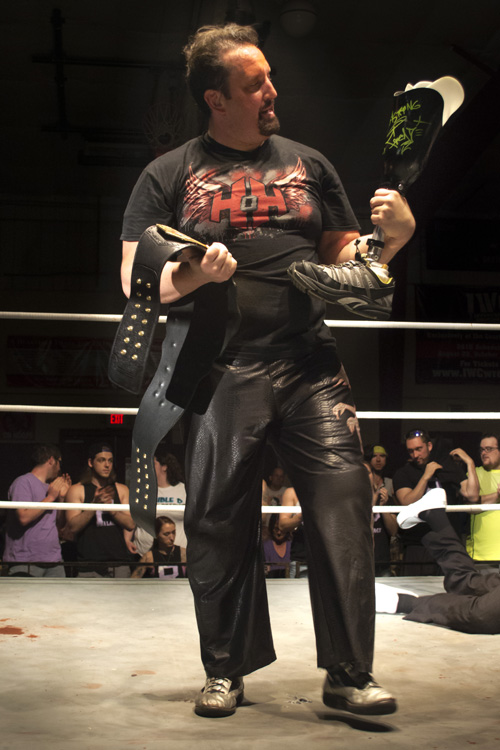 IWC’s long-anticipated return to the Court Time Sports Center kicked off one of the most exciting times of the year for nearly a decade and a half and counting – the road to Super Indy. Super Indy 14 is only a month away, and by the end of the night we’d not only have the entire Super Indy field named, but a larger field than any of us had anticipated!

The major news, as always surrounding the IWC Championship. As incumbent champion Tommy Dreamer prepared to battle the two most recent previous champio

ns, Dalton Castle and RJ City, news broke that Colin Delaney was not in attendance. Tommy Dreamer requested permission to hand-select a replacement in this advertised four-way title bout, and once Dreamer revealed his choice, it was clear why IWC 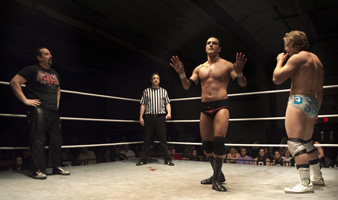 green-lighted his request… Justin LaBar was now a legal participant in the match! Dreamer, Castle, and RJ battled elimination style, as LaBar spent much of the match avoiding, well, pretty much everything. The numbers game was able to claim Dalton Castle, however, and the introduction of a ladder into the proceedings only served to backfire on City & LaBar, as RJ found himself eliminated as well. LaBar was left all alone with Dreamer and, in a shocker, Krimson’s appearance and spraying of the mysterious red mist into Dreamer’s eyes almost led to a Justin LaBar title win! However, Tommy Dreamer l

ived up to his name, innovating violence, as Tommy found a fan’s prosthetic leg to join a steel chair and some good old fashioned extreme-style violence to handily dispose of LaBar to retain his title. But why did Krimson target Tommy Dreamer after months of seemingly not concerning himself with championships? 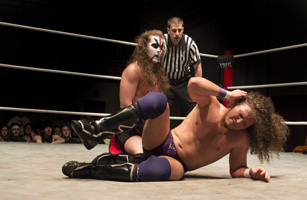 Speaking of which, K

rimson seemed to forego his scheduled Super Indy Championship earlier in the night. Krimson chose to join his DWS partner Warchild (formerly Jon Bolen) in an absolute dismantling of rookie Draviko and the Court Time-debuting Space Monkey, instead dispatching Veil (formerly Aiden Veil) to ringside to challenge Super Indy Champion Andrew Palace. Veil was a far cry from the smiling, rocking drummer we’d seen for years, as a cold expression and heartless mindset seemed to engulf Veil at the hands of his dealings with Krimson & The Dead Wrestling Society. Veil was much more aggressive, relentless and remorseless. It was Veil’s tunnel vision on hurting Palace, that allowed him to lose focus on the championship… if he even cared to begin with…. as the official tried to contain the rage of Veil, Palace was able to use the distraction to pick up a well-deserved victory with the Hernia Driver, officially qualifying Palace for Super Indy 14 as defending champion! 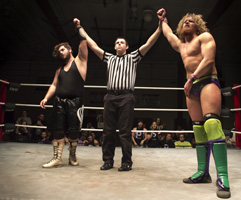 The rest of the field was also 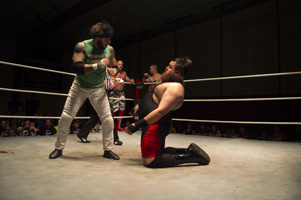 both men a berth in the opening round! With the field now at 9, one more slot was added to round it out at 10… and what a decision it was… the return to IWC of Ray Rowe!

There are new IWC Tag Champions, as the Founding Fathers/Faces of Change issue finally came to a head. After it being obvious the Joe Rosa/Jimmy Vega$ “Reset Button” pairing would in no way be able to work together, they were splintered off. Vega$ 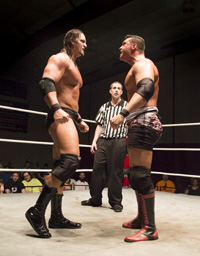 easure”, may not have had an emotional stake in the faction warfare between their counterparts, but perhaps that helped them keep the eye on the prize. Jock & Bryan shocked the world and escaped with the gold!

Another alliance that may shake up the IWC tag division occurred when Jimmy Nutts & his hand-selected partner Wardlow opposed Justin LaBar’s hand-selected team of Joseph Brooks & “Big Time” Bill Collier. Perhaps his recent time hanging around Vince Russo were helpful to the master of the reality check, as LaBar pulled a double-swerve! Wardlow, picking his spot, violently betrayed Jimmy Nutts right when Nutts needed him most, leaving LaBar’s team to gather the pieces and celebrate a tainted victory. As the group basked in their spotlight, LaBar had one more trick up his sleeve… his last remaining ally from his Team Big League stint, Joseph Brooks, was attacked as well, at the order of LaBar. With Bill Collier and Wardlow at his side, LaBar may have the physical back-up to do anything he wishes moving forward. 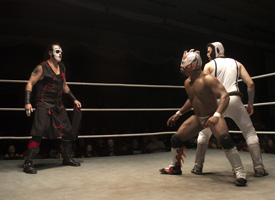 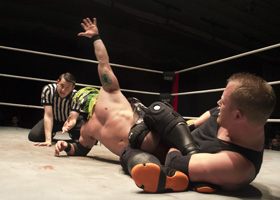 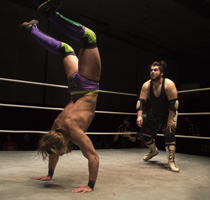 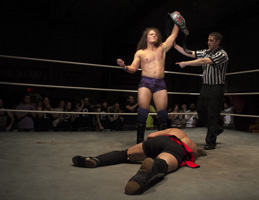 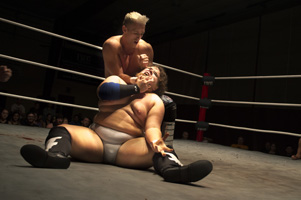 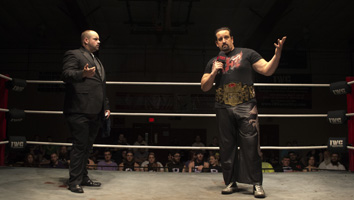 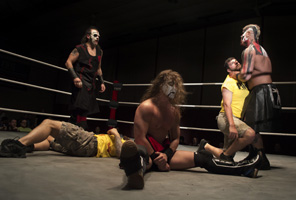 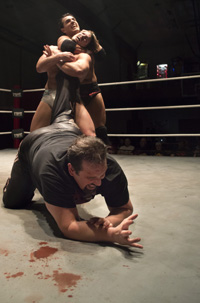 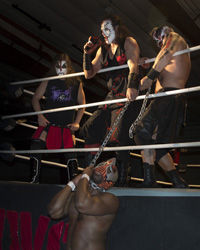 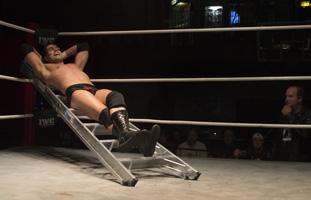 For more Reloaded images from Daniel Hooven, visit the album on our Facebook!