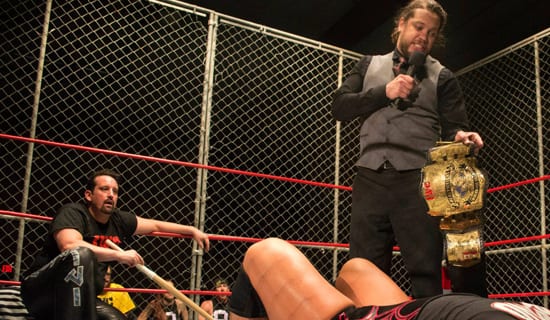 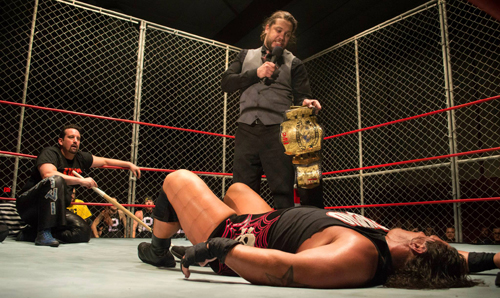 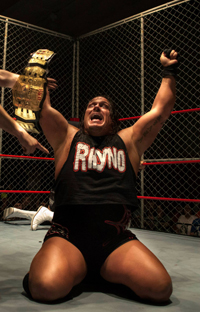 IWC Caged Fury has proven itself to be perhaps the most unpredictable night of the calendar year, with the 2015 installment certainly living up to the reputation. With the Tommy Dreamer vs. Rhino IWC Title Steel Cage Match looming, Justin LaBar was busy doing as he does best, causing controversy and distrust. With LaBar’s repeated claims of signing Rhino as his newest charge, coupled with LaBar’s history of telling tall tales, Justin Plummer called Rhino to the ring early in the night to set the record straight. But as Plummer attempted to erase all speculation with a handshake between he and Rhino, LaBar appeared on the video wall, apparently via satellite from New York City. LaBar made the formal announcement of Rhino’s signing, which Rhino solidified with a hellacious clothesline to Plummer before being run off by Tommy Dreamer. In spite of LaBar’s prior lies, Rhino was indeed part of Team LaBar. When match time finally arrived, it was a more vindictive and angry Rhino than we had seen in their prior encounter. Rhino’s attempts to involve a steel chair were momentarily interrupted by referee Bobby Williams, before Rhino blasted him as well with a devastating clothesline. The involvement of Team LaBar’s other heavy, Wardlow, provided further numbers edge and distraction, allowing Rhino to hit the Gore and shockingly capture the IWC Title. The surprises didn’t end there, however, as a masked man entered the ring in the midst of Rhino & Wardlow’s celebration. While some thought it may have been LaBar incognito, the masked man proceeded to la 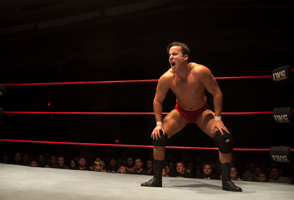 y waste to both Wardlow and Rhino, unmasking himself as the returning “Big League” John McChesney! John had returned to avenge the very group that had left him on the outside looking in for many months, as John made it clear his immediate goal was the IWC Title he is so synonymous with, and is now around the waist of his arch-rival LaBar’s newest henchman.

However, that’s not all, as earlier in the night we saw a heroic victory by Jimmy Nutts, as he overcame his second giant in as many shows, with his defeat of Wardlow. Following the bout, Nutts made known his OWN intentions toward the IWC Championship, and with the roll he has been on, arguably the most improved in IWC in 2015 by a wide margin, it’s hard to argue how deserving Nutts is for an opportunity. Justin LaBar may have the IWC Title in his control, but the two biggest thorns in his side, problems LaBar once considered afterthoughts, have now become the two biggest threats to LaBar’s planned utopia. 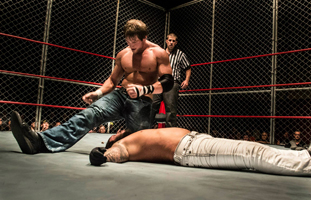 The WarGames battle between The Founding Fathers and Team VIP was certainly a war of attrition, one in which quite possibly, no one who entered would leave quite the same. Dennis Gregory and Darin Dinero started the match for their respective teams, but as a result of their controversial Proving Ground victory, VIP retained the numbers advantage throughout the match. The Founding Fathers valiantly battled forward, with Jimmy Vega$ fighting at times when he couldn’t stand, Super Hentai entering the cage via a crossbody from the very top, and Bubba the Bulldog ending his years-long exile in perhaps the most dangerous of environments possible. As the match continued under a single-elimination, last-team-standing format, Joe Rosa & Dinero battled Vega$ & Bubba during the final moments. Focus on Vega$’ barely healed quadriceps injury left 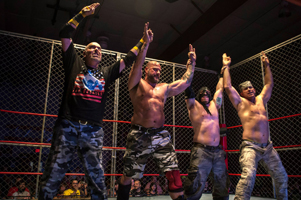 him immobile for much of the latter stages, allowing Team VIP to take liberties with Bubba. However, immediately after Bubba was eliminated, Vega$ sprang into action, catching Dinero off guard in a quick elimination, before things went full circle and we ended where we began a year ago… Vega$ and Rosa. Vega$ did whatever he could to block out the pain, fighting onward and even connecting with a Cha-Ching Slam from the top to pin Rosa. As the FOC, Dinero & Corpo came back to ringside to help Rosa to the back, an indignant Rosa somehow found a way to blame the two of them for HIS loss, slapping them in the process and instructing them to “finish the job” on a near defenseless Vega$. Dinero & Corpo turned to Vega$, but immediately turned their sights back to Rosa, pummeling him instead and finally standing up for themselves. Can Dinero and Corpo find new success now that they are finally their own men? And what will become of VIP Joe Rosa? 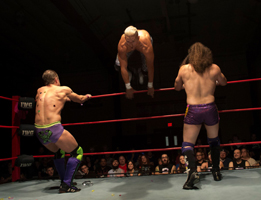 Super Indy Champion “Swaggy D” Dylan Bostic continued to show he had no shame whatsoever in his means of retaining the Super Indy Title and the social status that comes with it… in spite of the female counterparts being banned from ringside, Ray Lyn snuck back to ringside with handcuffs, allowing Bostic to handcuff Andrew Palace to the guardrail, leaving Bostic alone to fend off an already-injured Alex Daniels. Once Bostic had finally trapped Daniels in the Swaggy D back-cracker, Palace had over-powered the guradrail, ripping the rail from its footholds in an attempt to drag the rail, still handcuffed, into the ring to break up the pin, but 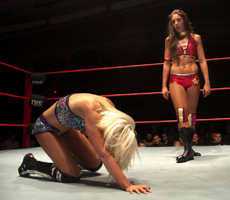 he was merely fractions of a second too late. Bostic’s plan worked but it’s hard to argue Palace is still deserving of a fair shake at the Super Indy Title.

Tag Team Champions Bearded For Your Pleasure, Jock Samson and Bryan Castle, hosted a #HiptossParty en route to successfully defending their titles against Chest Flexor & Corey Futuristic of the Sexy Talented Dudes… Asylum defeated Warchild via disqualification, as the games of Krimson & The Dead Wrestling Society continued, but Asylum got the last word tonight, physically sending Krimson crashing down onto two opened steel chairs. Will there finally be a one-on-one clash between Asylum and Krimson on the horizon?… Britt Baker upped her IWC record to 2-0 with a victory over “The Miley Cyrus of Pro Wrestling” Ray Lyn… Newcomer Bulk Nasty made short work of STD “Wild Child” Lee Ryans. 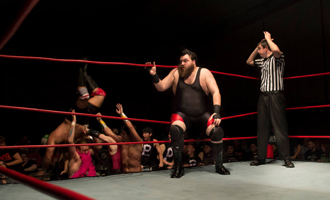 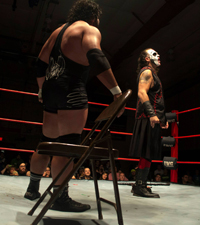 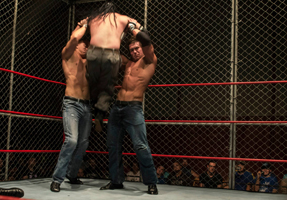 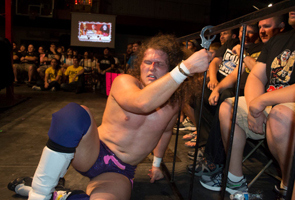 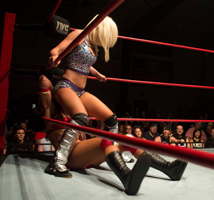 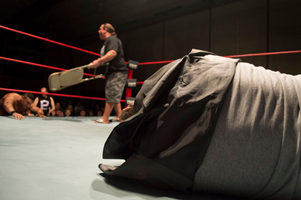 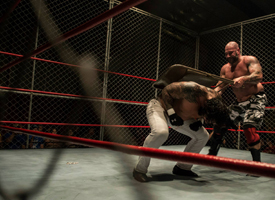 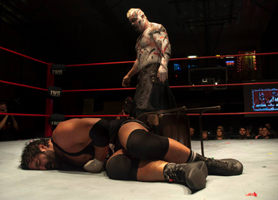