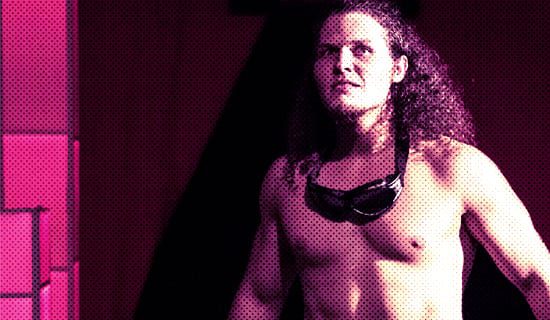 IWC returns to our home base of Court Time Sports Center in Elizabeth, PA for the first time since March! Saturday May 13th, 2017 sees IWC on “The Road to Super Indy” with Aftershock 2 at 7:00 PM! With less than 2 weeks until Aftershock 2, the entire card has been announced in preparation for this huge live event, and we’ll recap them here today…

After finally overcoming Jack Pollock, Andrew Palace’s five year journey reaches its peak on May 13th as he challenges Wardlow for the IWC Championship! Will Palace solidify his role as face of the IWC, or will Wardlow continue his undefeated streak and steamroll the fan favorite?!

This heated rivalry over the Super Indy Title between two of the best in IWC will come to an end on May 13th! The best man will leave in this 2 out of 3 falls wat, and walk into the Super Indy Tournament as champion. The loser will stay home! The stakes couldn’t be higher!

On May 13th, Chelsea Green is coming back to IWC, but this time she promises to leave with the gold! After coming up just short in January in her attempt to dethrone Britt Baker, Chelsea has made it clear that she is coming back with a vengeance, and will not leave without the IWC Women’s title! Will Britt remain the Queen of the IWC, or will Chelsea finally get her sweet revenge?!

You asked for it, so you got it! The Fraternity has successfully defended their tag titles against almost every team in IWC since late 2015, but are now getting new teams’ attention. On May 13th, Nick Iggy & Kerry Awful, The Carnies are coming to IWC to end The Frat’s streak and take their gold!

Ever since being forced into wrestling competition, Daniel Hooven has been a thorne in Bulk Nasty’s side. On May 13th, Bulk finally gets what he’s been asking for… Hooven in the ring, one-on-one. Will Hooven’s underdog luck continue to roll, or will Bulk Nasty crush Hooven back out of wrestling?

Now that Jack Pollock was unsuccessful in his bid to use Andrew Palace as his stepping stone to the top of the IWC, he is looking to rebound and restart. Unfortunately, his bounce back will begin with a red hot Shane InYaFace! Will Pollock still find a way to reach the top of the food chain in IWC? Or will the undefeated MMA fighter continue to impress the IWC faithful?

If you’re a fan of fast-paced, high-risk wrestling, this match is for you! IWC mainstay Gory will square off with newcomer, Sless Taylor in a match that could steal the show! Will Gory defend his turf as a pillar of IWC’s Super Indy division, or will Sless Taylor make an impact at Gory’s expense?!

In a rivalry that’s been heating up over the past few months, Team Storm will step into the ring with the Mega Plowers on May 13th! Will the loudmouths representing Canada stay hot? Or will the tag team made in America shut Team Storm up once and for all?

Jami Jamison has been one of the most intimidating rookies is IWC history, but on May 13th he faces a man who has been waiting a long time to make his Court Time singles debut. Will Jamison power his way to victory? Or will Santana make the most of this precious opportunity?