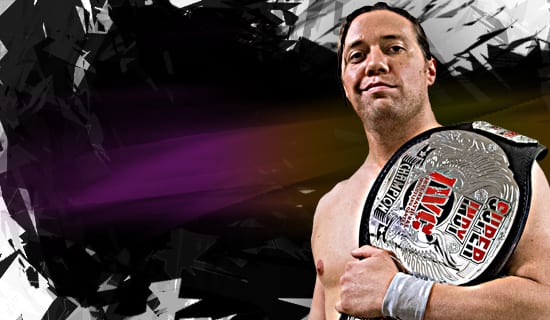 After suffering serious internal injuries just a few months ago, many thought DJ Z would be out of action for a significant amount of time. But on June 10th, the winner of Super Indy 9, the only triple crown winner in IWC history, and two time Impact Wrestling X-Division Champion has defied all expectations and will have his first match back at Super Indy 16! But his opponent will be an extremely tough test. The only 3 time Ring of Honor World Champion and wrestling’s hottest free agent, Adam Cole, will make his return to IWC! Cole is no stranger to the Super Indy Tournament, but has never won it. Will Adam Cole do what he said and come back to claim IWC’s ultimate prize? Or could DJ Z continue to defy the odds and become a two time Super Indy Tournament winner? Either way, we have a true dream match set for round one!

The “Bad Boy” makes his long-awaited IWC debut as Joey Janela takes on Colt “Boom Boom” Cabana! Cabana makes his return to the Super Indy Tournament for the first time since Super Indy 10! In 2003, Cabana went through Super Hentai, BJ Whitmer, and Matt Stryker to win Super Indy 2 and capture the IWC Super Indy Championship. This year, he’s matched up against one of the hottest young stars in independent wrestling today, Joey Janela! Janela was scheduled to compete in Super Indy 15 last year, but an injury kept him out. This year, he’s coming to IWC with twice the preparation and twice the focus. Will he be able to take out a longtime favorite in the first round? Or will Cabana become only the second man in IWC history to win two Super Indy tournaments?

Last year’s tournament runner-up, Jonathan Gresham, returns to prove that the second time is a charm! But he will have to face ROH and NJPW star Jay White in Round 1! Will Gresham be able to finish what he started last year, or will White take the title back to New Zealand?!

Only one man has ever entered the Super Indy Tournament and walked out with the title still in tact. On June 10th, Chris LeRusso has vowed to be the second man to achieve this feat. But to do so, he will have to first survive former NCAA Football player and Monster Factory Pro standout, Mike Orlando! Will LeRusso make good on his promise, or will The Green Machine continue to build his already impressive national resume?!

All this plus the semi-final and final rounds of the tournament! Who will be your bracket buster? Who will survive to become the 16th Super Indy Tournament winner?

In May at Aftershock Vol. 2, Jack Pollock ruined Andrew Palace’s chance at the IWC World Heavyweight Championship, and ruined the main event that night. Palace was assaulted by Pollock and Team Storm prior to the bout, and it took an obvious toll on the challenger. Though he proved incredible guts and determination, in the end it was too much for Palace. Even after the match, Warldow continued the assault only to be run off by a returning Jimmy Vega$, who still feels he has a score to settle with the “man with WAR in his name.” IWC owner Justin Plummer felt he had no choice but to let these four men hash it out inside the squared circle in a tag team match at Super Indy 16; Wardlow & Pollock on one side, Palace & Vega$ on the other! Which team will emerge victorious and what implications will it have on the IWC World Heavyweight Title picture?

Britt Baker has dominated her competition since becoming the first-ever IWC Women’s Champion. Saturday night at Super Indy 16, she faces a newcomer to IWC rings, Penelope Ford! An alumni of CZW, Beyond Wrestling, SMASH Wrestling, and many more, Ford is no stranger to women’s championship gold as a current holder of the WSU Tag Team Championship with IWC alumni Maria Manic! Will she be able to upset the “Mayor of #Brittsburgh” on her home turf?