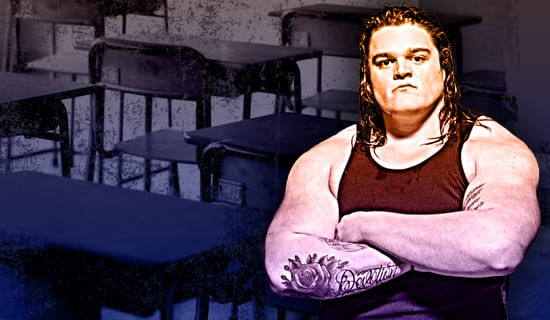 The One Man Riot is back with a vengeance and looks to take his violence party straight to the champ. Dont miss when IWC Icon Jimmy Vegas takes on IWC World Heavyweight Champion Wardlow at IWC Summer Vacation. If Vegas wins he gets to join the Championship match with Jack Pollock, making it a 3-way dance at IWC Threat Level Midnight, but if not, could this be the last chance at gold for Jimmy Vegas?

In one of the most shocking moments of IWC Super Indy 16, Chris LeRusso tapped out and was eliminated in the Semi Final round, losing the IWC Super Indy Championship… and on 6/24, he will look to rebound as he faces the giant known as the Beastman who is making his IWC debut! Will the Beastman make an immediate impact with his unorthodox style and raw power or will the Heir Apparent show why he continues to be vetted as one of the best wrestlers in the world?

The Tag Team Scramble is back and a shot at the IWC Tag Team Championships is on the line when the Upper Echelon, Sexy Talented Dudes, Officer Dan Murphy & Mystery partner, and IWC Legend Marshall “the Bull” Gambino & Jami Jamison clash at IWC Summer Vacation!

Jaxon Argos has been a thorn in Andrew Palace’s side since somehow sneaking in the back at IWC and at IWC Summer Vacation, the IWC 2016 Rookie of the Year will take on the frenetic energy that is Andrew Palace! Will Jaxon be able to pull off a win or will Palace give this Team Storm member a receipt for ruining his championship match and send Team Storm’s mouthpiece back to Canada?

The Queen of the Silver Screen is back and at IWC Summer Vacation, Katie Arquette will take on the tiny, but tough Jinx in an IWC Women’s Match! These two women trained at the Iron City Wrestling Academy together, but their personalities couldn’t be more different. The “bloody adorable” Jinx is a bit… unique to say the least. Meanwhile, Arquette claims her “family legacy” in professional wrestling will lead her to success. Which of these women will walk away with victory and momentum?

The last time we saw “The Bearcat” Keith Haught, he was laid waste by Jack Pollock and his Team Storm running mates Jaxon Argos & RC Dupree. While Haught’s tag partner Remy Lavey is still out of action nursing the injuries suffered at the hands of Team Storm that night, Haught is back and looking for revenge! What happens when you cross the fun-loving but dangerous Bearcat? Jack Pollock finds out in Beaver Falls on June 24th!

After one of the most exciting matches of the year, fan favorite Gory will take on the high flying Sless Taylor one more time on 6/24 at IWC Summer Vacation. Will the New Age Plague pick up another big win or will Sless leave with a victory over one of the most established and respected wrestlers in the area?

Following a shocking upset win at IWC Aftershock, Dan Hooven narrowly escaped a backstage assault from Bulk Nasty when he sped off in a Cadillac with Santana Diamonds at the wheel and in two weeks Bulk Nasty has demanded a one on one match with Diamonds at IWC Summer Vacation and is out for revenge. Can Santana use his street smarts to take down the giant or will the Human Crime Scene send a message to Hooven by beating Diamonds back to the west coast?