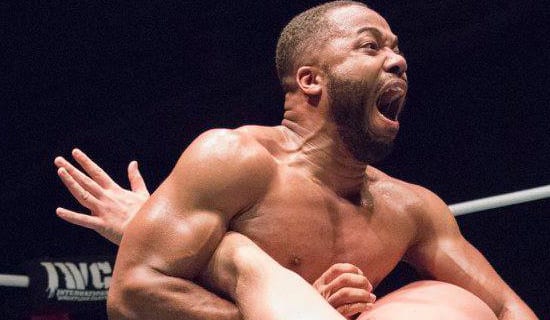 On June 10th, Adam Cole won the Super Indy 16 Tournament to be crowned the new IWC Super Indy Champion. After defeating Super Indy 10 winner DJZ in the opening round, and “Bad Boy” Joey Janela in the semi-finals, Cole was able to outlast Jonathan Gresham in a 22-minute classic in the final round to win the title. On July 22nd, 2017 at IWC Threat Level Midnight, Cole will defend his title for the first time. But who will get that first title shot? While IWC officials are still debating the topic themselves, we here at IWCwrestling.com thought we’d ask the fans what they think, while offering our top choices for the championship contender…

Chris LeRusso
LeRusso’s longtime manager Benjamin C. Steele would be quick to point out that Chris LeRusso is a 2-time IWC Super Indy Champion. LeRusso captured the title last October and reigned over IWC for several months before being dethroned in April by “Big League” John McChesney. LeRusso then regained the title from McChesney almost as quickly in a best 2-out-of-3-falls match in May. Steele will also point out… to anybody that will listen… that LeRusso has never been pinned by the current IWC Super Indy Champion Adam Cole. Does Cole need a win over LeRusso to “validate” his championship?

John McChesney
One of the greatest IWC Super Indy Champions of all time, his incredible victory at Super Indy IV still remains talked about to this day. McChesney returned to Super Indy competiton this year after several years competing for the IWC World Heavyweight Championship. In April, he was able to pin the champion Chris LeRusso at Night of the Superstars 6 in front of one of the biggest IWC crowds to date, to win a record 5th Super Indy Championship, more than anybody in IWC history. However, just as quickly as he won the title, LeRusso would use nefarious tactics in their best-2-out-of-3-falls rematch at Aftershock Vol. 2 in May, keeping McChesney out of the Super Indy Tournament. Does he deserve another chance at championship glory?

So let your voice be heard fans! Who deserves a shot at the IWC Super Indy Championship in July at Threat Level Midnight: Jonathan Gresham, Chris LeRusso, or John McChesney? Who knows, maybe IWC management will take your choice into consideration!