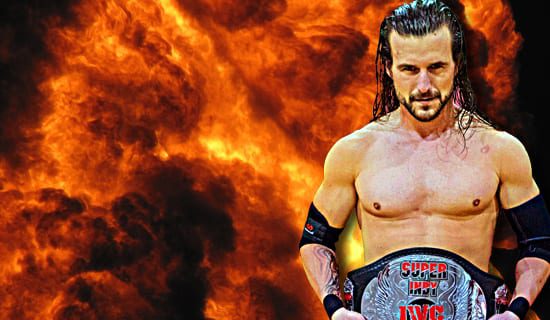 IWC’s huge summer tour hits July with THREAT LEVEL MIDNIGHT! Get ready to Do The Scarn at our home base of Court Time Sports Center in Elizabeth, PA on Saturday night July 22nd, 2017 at 7:00 PM. The lineup for this one is explosive, so let’s take a look!

The IWC World Heavyweight Championship is on the line when the man with war in his name, Wardlow looks to continue his title reign of terror against the leader of Team Storm Jack Pollock at Threat Level Midnight! Will Wardlow’s nearly 2.5 years undefeated streak continue or will Pollock’s lapdogs play the numbers game to help him leave with the gold?

Adam Cole has requested that his first title defense be against Big League John McChesney on July 22 at #TLM! He stated he will defend his title against all other challengers in question for as long as he holds the title. An official video statement from both men coming soon!

The First Lady of IWC, Britt Baker will put her Championship on the line against one of the most respected and feared names in professional wrestling on 7.22 when Lufisto returns to IWC for a shot at the gold! Will Brittsburgh continue to be the city of champions or will Lufisto do what she does best, leave with the belt in tow?

On the eve of Lady Liberty’s birthday, IWC has confirmed that Team Storm will take on the Mega Plowers in a Flag Match on 7.22 at IWC Threat Level Midnight! Can the American muscle of Jock and Magnum Ck finally Shutup the loudmouth duo from the Storm Wrestling Academy?

The Super Indy Championship number one contender spot is up for grabs in this stacked four way elimination match on 7/22 at IWC Threat Level Midnight! Will the heir apparent apparent Chris LeRusso reclaim the right to challenge for his crown? Can a fully healthy DJZ show why he was considered the face of Super Indy for years? Will independent standout Anthony Henry make an immediate impact in IWC? Or will Jonathan Gresham, the man who has been within three seconds of the championship two years in a row earn another shot to become IWC Super Indy Champion?

One of Chicago’s finest comes to IWC at Threat Level Midnight when Gringo Loco takes on the frenetic energy of Andrew Palace on 7/22! Palace is looking to get back into the title hunt after taking care of Team Storm members RC Dupree & Jaxon Argos at Summer Vacation. But, standing in his way is Gringo Loco, a double tough competitor looking to make his name at Palace’s expense. Who will walk away with a much-needed victory?

Since Marshall Gambino has taken Jami Jameson under his wing, the duo have caused mass destruction throughout IWC, including a big victory at Summer Vacation over Lawless & Order, Upper Echelon, and the Sexy Talented Dudes to earn a shot at the IWC Tag Team Titles the next time IWC rolls through Beaver Falls. One of the teams in that match, the STDs, have challenged Gambino & Jameson to a tag match at #TLM on 7/22! Flexor was in that mentor/mentee role with Gambino once upon a time, but did “The Bull” teach Flexor all that he knows? We’ll find out at Threat Level Midnight!

After losing by count out to unlikely IWC Rookie Dan Hooven at IWC Aftershock, Bulk Nasty has put up $10,000 of LeRusso’s money if Hooven shows up and goes bell to bell with him. Will Hooven show up? Will Bulk show up with the cash?