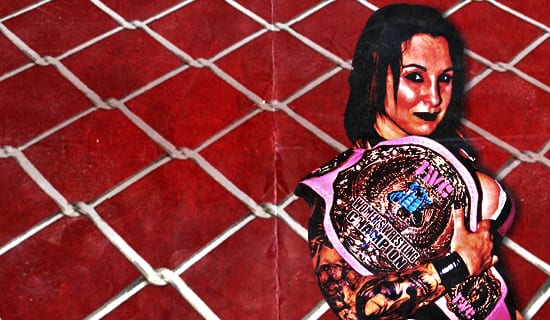 IWC’s huge summer comes to a close with our annual CAGED FURY live event on Saturday night August 19th, 2017! We return to our home base of Court Time Sports Center in Elizabeth, PA at 7:00 PM. Several matches were announced at Threat Level Midnight in July, but they’re now officially signed and ready to go, so let’s take a look!

WAR GAMES returns to Caged Fury! The situation between Andrew Palace and Team Storm has been boiling over the last several months, and it all comes to a head right here at Caged Fury! Jonathan Gresham and the returning “Tinder Terrorist” Darin Dinero will back Palace up against the Canadian sympathizers Jack Pollock, Jaxon Argos, and RC Dupree. Which team will survive the cage on August 19th?

The IWC World Heavyweight Title scene has been marred in controversy. Wardlow’s matches the last several months have been marred by interference from his manager Justin LaBar, Jack Pollock, and Andrew Palace. Finally, he’s forced to defend the title one-on-one with no way in or out… inside a 15-foot-high steel cage! Will he be able to withstand IWC legend Jimmy Vega$ inside the cage? Or will Vega$ walk away with his first IWC World Heavyweight Championship in 13 years?

IWC makes history on August 19th! Newly crowned champion LuFisto’s celebration was interrupted by Katie Arquette and Calvin Couture at Threat Level Midnight, and the duo of Hollywood Couture attacked LuFisto, demanding a title match, and posing above her with the belt. The former Queen of the Deathmatches obviously took offense and immediately offered Arquette her title match… inside the steel cage! What in the world has “The Queen of the Silver Screen” gotten herself into this time? Can she survive the cage against one of the toughest wrestlers in the world?

At Threat Level Midnight, IWC Tag Team Champions The Fraternity were conspicuous by their absence. The longest reigning IWC Tag Team Champions in history instead sent in a video explaining that they’re bored with the tag team competiton, they’ve beaten everybody, and even scared the Hardys back to WWE. Instead, they offered an open challenge on August 19th to take on any team willing to step in the ring with them. Who will step up to take on the dominant Fraternity? Can anybody unseat the champions?