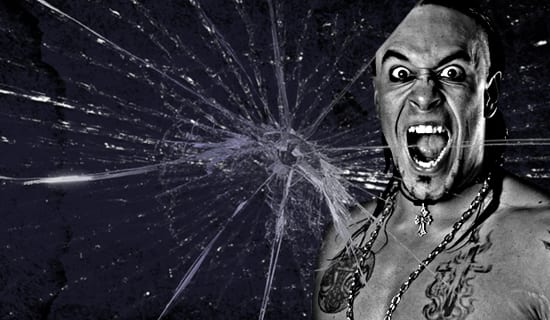 IWC returns to our home base of Court Time Sports Center in Elizabeth, PA with UNBREAKABLE! The action kicks off at 7:00 PM THIS SATURDAY NIGHT on October 17th, 2017.

On October 14th, Six of IWC’s top stars will go to battle in a ladder match for a contract to face the IWC Heavyweight Champion in the main event of Winner Takes All in December! Who will climb to the top? Who will rise to the occasion?

On October 14th, Wardlow will enter his IWC title defense with the size disadvantage for the first time ever as he defends against Ring of Honor standout, Punishment Martinez! Will Wardlow be able to adjust and keep his undefeated streak alive, or will Martinez finally be the challenge that Wardlow cannot overcome?!

Last month, Gory captured the IWC Super Indy Title, but it just gets harder from there! On October 14th, he will make his first defense against the infamous Ophidian! With the Super Indy Title changing hands often in recent months, will Gory be the one to finally keep it in a permanent home, or will Ophidian slither away with the gold?!

A huge title match that was postponed last month will now take place at Court Time! Locked and Loaded will have their first ever IWC Tag Team Title defense on October 14th against none other than Team Storm! Will their title reign be short lived? Find out as two of the hottest teams in wrestling face off for the first time!

On October 14th, LuFisto defends her IWC Women’s Championship vs. the only woman to ever defeat her in IWC, Ray Lyn! Will lightning strike twice for the Twerkalicious Ray Lyn, or will LuFisto get sweet revenge?

Jock Samson turned his back on Magnum CK at Caged Fury following several disappointing performances by the team. On October 14th, the Mega Plowers EXPLODE! Shane InYaFace joins the fray to team with CK after finding himself on Jock’s bad side, but who will be Jock’s partner that night?