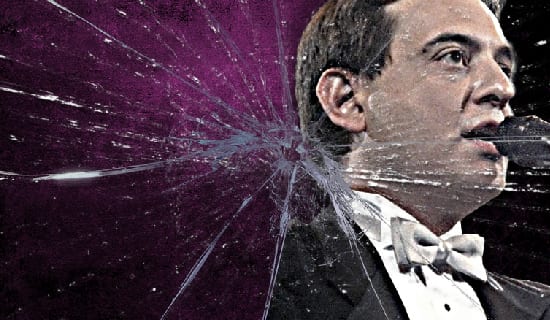 IWC returns to our home base of Court Time Sports Center in Elizabeth, PA on Saturday night October 6th, 2019 at 7:00 PM! Tensions are running high in IWC, who will break first? Let’s check out the lineup…

Before the action kicks off at Unbreakable, legendary NWA/WCW ring announcer Gary Michael Cappetta will bring his “Beyond Bodyslams” live show to Court Time Sports Center at 4:05 PM on October 6th! You will not want to miss GMC’s unforgettable live show, featuring stories of all your favorite superstars like Stone Cold Steve Austin, Dusty Rhodes, Ric Flair, The Undertaker, Vince McMahon, Shane McMahon, Andre The Giant, Hulk Hogan, Daniel Bryan, Mick Foley, Gorilla Monsoon and Bruno Sammartino! This event will cost $25 for general admission, and $45 for a Premium Meet & Greet (which includes a general admission ticket and admission to a private photo op and autograph signing with GMC as well as a signed tour 8×10).

Last year, IWC started an annual tradition of a six-way ladder match highlighting Unbreakable. This year, it was announced by IWC owner Justin Plummer that the IWC World Heavyweight Champion Jack Pollock will have to defend his title in the ladder match this year! The first two men announced have had their issues with Pollock and Team Storm this year, Duke Davis & Ganon Jones, Jr. of The Mane Event! We now know that former IWC World Heavyweight Champion Andrew Palace has also been entered into the match, along with his recent rival Jock Samson! Jock made his return to IWC at Threat Level Midnight: Part Deux by attacking Palace from behind. The two were set to have a match at Caged Fury in August but Jock clocked Palace with his cowbell, drawing a DQ, and literally hung Palace with the attached bullrope over the top rope. Palace is itching for revenge against Jock, and now there will be ladders and the IWC World Heavyweight Title up for grabs! The sixth man is being kept a close-guarded secret by IWC management until the night of the event. Who will the wild card be? Can Pollock withstand the threat of five challengers, especially when he doesn’t even need to be pinned to lose the title??

While the leader of Team Storm has his own issues at Unbreakable, the IWC Tag Team Champions Jaxon Argos & RC Dupree will have to deal with their first title defense that night. Unfortunately for them, and fortunately for us, their first defense is against former EVOLVE Tag Team Champions Anthony Henry & James Drake, the Lethal Enforcers! Henry has proven himself to be a force in the Super Indy Title scene in the last several years, and now he brings his successful tag team to IWC for the first time. Will they be able to end the “Team Storm Takeover” right off the bat?

The IWC High Stakes Title will be on the line as Chest Flexor defends against three men who have caught the eye of IWC management as of late: Jami Jameson, “The Ronin” Stevie Lebell, and Max Caster! Jameson recently made his return to an IWC ring and has been one of the standout students from the Iron City Wrestling Academy in the last several years. Speaking of Iron City Wrestling Academy graduates, Lebell made his debut at Proving Ground 7 last week against Dylan Bostic. Despite taking a loss in his first match, Lebell proved to IWC management that he might be a force to be reckoned with in the future. Caster comes to IWC for the very first time from the Create A Pro Wrestlimg Academy, trained by Curt Hawkins & Pat Buck. He is a former 2-time CAP Wrestling Champion, and is currently CAP Tag Team Champions as part of The Shook Crew. He would love to add the IWC High Stakes Title to his mantle. But, as always, the High Stakes Champion gets to choose the stipulation for their title defenses… so what does Flexor have up his sleeve this time?

After earning a shot at IWC Women’s Champion Britt Baker, Katie Arquette will have one more hill to climb before getting her shot at the “Mayor of Brittsburgh”. At Unbreakable on October 6th, she will take on Chicago-native and RISE Wrestling star Kylie Rae! Kylie has been taking the wrestling world by storm this year, including a WWE tryout and a trek to Japan to represent RISE in the STARDOM promotion, teaming with IWC Women’s Champion Britt Baker! Will Katie be able to focus on Kylie Rae while she already has Baker in her sights? Will Kylie be able to play spoiler for Arquette going into her long-awaited title match?

Making his IWC debut at Unbreakable is none other than “MJF” Maxwell Jacob Friedman. A wrestling prodigy at only 22, he has already taken over professional wrestling, currently holding the CZW Heavyweight Title and the MLW Middleweight Title. The brash youngster claims he is “Better Than You”. But, on October 6th, he will be faced with a man who has become the standard bearer in IWC, the “New Age Plague” Gory! Gory is looking to get back into the Super Indy Title hunt after a disappointing outing at Proving Ground 7. He never tapped out and never submitted, but he lost by referee stoppage against IWC Super Indy Champion Jonathan Gresham. Gory apparently injured his knee, but has been cleared by doctors to compete at Unbreakable. How will he match up against the brash youngster who touts “Talent Over Tenure”? Will MJF make his IWC debut a successful one?

The ring will need to be reinforced as the irresistable force meets the immovable object at Unbreakable 2018! Bulk Nasty takes on Wardlow! After Bulk Nasty joined Team Labar at Caged Fury, Wardlow took offense to the newest member of the team… and especially when Bulk’s interference second-handedly lead to Wardlow losing the IWC World Heavyweight Title that night. The other man responsible, Chris LeRusso, faced Wardlow at Proving Ground 7, but interference from Bulk led to Wardlow getting the win via DQ. Now, these two hosses will meet face-to-face in the squared circle on October 6th! Which monster will walk away with a victory?

Dylan Bostic makes his return to Court Time Sports Center for the first time since February’s Reloaded 4.0 event! The “Moneyweight” picked up a win over ICWA grad Stevie Lebell at Proving Ground 7. Now, he’ll be faced with another young up-and-comer, the “Five Alarm Fire” Jason Tyler! Tyler has impressed IWC officials while training for his return from an injury at the hands of the Culmination, as well as his in-ring return at Proving Ground 7. How will he match up against a former Super Indy Champion and Super Indy Tournament winner? Will Bostic pick up another win to get back into the swing of things?

Keith Haught will accompany his friends Shawn Phoenix & Dan Hooven as they head into battle against Haught’s former best friend Remy Lavey and Atticus Cogar, The Culmination. After Remy turned his back on Haught in February, war has been waging between the two sides. Jason Tyler sided with Haught but was soon attacked and injured. Phoenix made his IWC debut in August as the 3rd member of Haught’s team and took out Otis Cogar with a fireball, and we haven’t seen Otis since. The battles between the two sides keep heating up, and the latest chapter of the war will be fought at Unbreakable on October 6th!

Two young tag teams will square off at Unbreakable as Sadie Gang takes on Hollywood Couture! While Calvin Couture & “The ManDime” Elijah Dean haven’t yet teamed in IWC, the duo have been ringside with Katie Arquette for the last several months, ensuring victory for the “Queen of the Silver Screen”. Now, they’re set to make their IWC tag team debut against Darin Dinero & Colby Redd, who have been setting the IWC tag division on fire as of late. Will Hollywood Couture break Sadie Gang’s undefeated streak? Or will Dinero & Redd continue to build momentum on their side?

“The American Daredevil” Johnny Patch made an impressive debut at Proving Ground 7 against DJZ. Now, thanks to popular demand, he will make his Court Time debut in a special attraction pre-show match! If facing the first and only IWC Triple Crown winner in his debut wasn’t enough, now Patch will face off against a former 2-time IWC Super Indy Champion “The Heir Apparent” Chris LeRusso! Will he be able to upset LeRusso in his second-ever match?