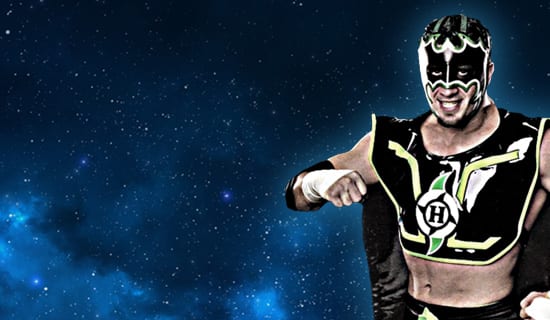 BREAKING NEWS: As announced on IWC social media this past week, there has been a shake-up within two of the matches for April 13th’s Night of the Superstars 8 in Meadville, PA! Wardlow was set to defend the IWC World Heavyweight Title against The Hurricane, while “Big League” John McChesney took on Bulk Nasty. Wardlow had recently captured the IWC Super Indy Title from McChesney at IWC’s EIGHTEEN live event in March. McChesney requested a rematch from IWC management, and it was granted for Meadville! Will McChesney be able to recapture the Super Indy Title?

This left Bulk Nasty without an opponent… so the monster demanded a match against the man who eliminated him from the 16bit Challenge at Reloaded 5.0 in January… The Hurricane! Hurricane has toppled mountains bigger than Bulk Nasty, but when it comes to a bad attitude, the “Walking Crime Scene” might have anybody beat. Can Hurricane overcome the odds yet again?

Plus, we’re pleased to announce we’ve teamed with our friends at Remix Pro Wrestling out of Marietta, OH to present our Meadville fans with a treat. Brand new Remix FURY Champion Kevin Bennett will defend his title in a six-way scramble against former champion the “Cruiserweight Horror” Aaron Draven, Atticus Cogar, “The American Daredevil” Johnny Patch, “The Country Hammer” Jami Jameson, and “The New Age Plague” Gory!

All this PLUS what was previously announced!

For the first time ever, the man they call STING will appear in IWC! This is a once-in-a-lifetime opportunity to meet the WWE Hall of Famer, former WCW and NWA World Heavyweight Champion, and bonafide legend in professional wrestling! Not only will Sting appear on our live card, but he will also be doing a rare meet & greet in the Sting facepaint! This is not to be missed!

It will be a battle of Canada vs. USA when Team Storm’s resident loudmouth Jaxon Argos will go one-on-one with WWE Hall of Famer “Hacksaw” Jim Duggan! Argos has been terorrizing IWC with the Reset Button he won at Reloaded 5.0, which gives him the power of the Reset Button, a shot at any championship he wants, whenever he wants. But on April 13th, he will have to put his money where his mouth is because he will be across the ring from one of the most patriotic competitors in the history of professional wrestling. Will Argos be able to overcome the legendary Duggan? Or will it be lights out for Team Storm, tough guy? HOOOOOOOOOOO!!

Duke Davis & Ganon Jones, Jr. are having a huge 2019, and on April 13th The Mane Event will team with one of their idols, Montell Vontavious Porter, otherwise known as MVP! On the opposite side of the ring will be three of the most vain stars in the history of IWC, “The Moneyweight” Dylan Bostic and two members of Hollywood Couture, Calvin Couture & “The ManDime” Elijah Dean! Will #PlatinumCouture be able to overthrow “Mr. 305” and the tag champs? Or will Night of the Superstars be the beginning of #TMVP?

After Chris LeRusso failed to defeat Britt Baker in their Super Indy 18 tournament qualifier, he was consoled by an unlikely source: Jock Samson. The duo apparently has decided to pool their resources and become a new duo in IWC. They issued a challenge to the best IWC could offer, and lo and behold, their challenge was answered. LeRusso & Jock’s mortal enemy Andrew Palace answered the challenge alongside Hardcore Holly! Have Jock & LeRusso bitten off more than they could chew? Find out on April 13th!

All this plus much more to be announced soon! Stay tuned to IWCwrestling.com and our social pages for more announcements in the coming weeks!