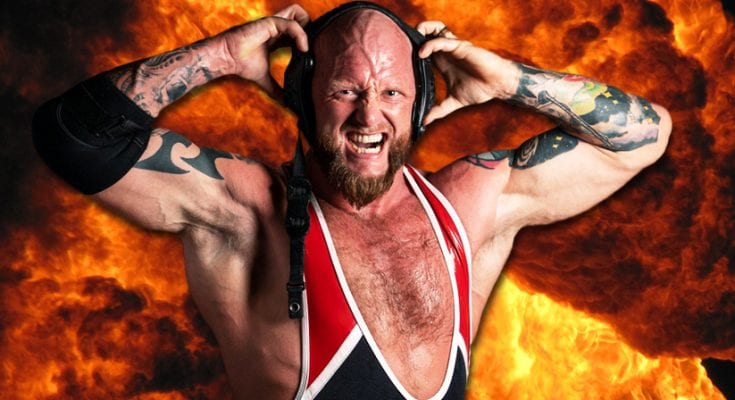 IWC returns to our home base of Court Time Sports Center with our annual summertime party, Threat Level Midnight: The Sequel to the Sequel! It all goes down this Saturday night, July 13th, 2019, with a belltime of 7:00 PM. After a shocking and explosive Super Indy 18 last month, we’re sure to see some fireworks go down this weekend! Tickets are still available so make sure you get yours here! And, of course, if you can’t make it with us, you can watch the event from home LIVE ON IPPV by clicking here or visiting www,iwcwrestling.com/ippv.

At one moment, Wardlow was on top of the world as IWC Heavyweight Champion, Super Indy Champion, and Super Indy 18 Tournament winner. But in mere moments, it all came crashing down as Josh Alexander attacked and physically stole Wardlow’s Super Indy Title! Just then, JaXon Argos activated the Reset Button for a cheap Heavyweight Title victory over the “Man with War in His Name”. On July 13th, Wardlow’s path to revenge begins as he has been granted an IWC Heavyweight Title rematch vs. JaXon Argos. Now that the two will compete fresh and face-to-face, does Argos stand a chance?

But Josh Alexander won’t have the night off! He will take on one of IWC’s best in Andrew Palace for the first time ever, anywhere!

The Regulators mount up and take on the IWC Tag Team Champions this Saturday night! Jock Samson & Chris LeRusso let it be known they were looking at the tag team championship back in May at Proving Ground 8 after a victory over Zach Nystrom & Spencer Slade. What happens when they finally get their shot at Duke Davis & Ganon Jones, Jr.?

The IWC Women’s title will be on the line on July 13th at #TLM! Zoey Skye was a participant in the first IWC Women’s Tag Team Match, and a pioneer in the birth of the IWC Women’s division back in 2015, but she never got a shot at the title! Will she return to capture the top spot in the division she helped create? Or will Katie Arquette’s reign as Queen conitnue on?!

RC Dupree hasn’t defended his High Stakes Championship since winning it earlier this year, consistently blaming it on “timing issues”. But on July 13th, time for excuses is up as he is now scheduled to defend that title vs. Dan Hooven!

One of the best in IWC history meets a man who is on a path of destruction to being a major player in IWC’s future. Bulk Nasty and John McChesney have crossed paths before, but they have never competed one-on-one! Catch this first time ever match LIVE on July 13th!

Fans are still buzzing about last month’s Facebook Live Free-For-All Tornado Tag match! Now, three of those men will get back in the ring, but this time will be joined by Impact Wrestling and MLW star, Ace Austin! Buckle up, because this one is going to be wild! But behind all the excitement, Gory and Atticus have a growing rivalry here in IWC. Will either of them use this opportunity to put the other away once and for all?

“The Sure Shot” Zach Nystrom has exploded onto the scene in the last month since graduating from the ICWA and debuting with IWC Wrestling. And this attention has earned him his first ever match at Court Time Sports-Center! But the excitement may not last for this rookie as he is set to face former IWC Super Indy Champion, Dylan Bostic. Bostic has been on a mean streak lately, stirring up tons of nation-wide controversy for the dirty tactics he’s been using to win matches. Will the rookie upstart make the best of his big time debut, or will Bostic turn out the lights on another opponent?

This rivalry runs deeper than many even know, and this match has the potential to steal the show at IWC Threat Level Midnight on July 13th! The Man Dime is one of IWC’s fastest rising stars, and he is looking to bounce back after falling short of becoming IWC Champion just 2 months ago! Jami Jameson has been out with an injury and has been burning to get back into the ring to unload his pent up aggression! Which one of these young up-and-comers will pick up a huge win under IWC’s biggest spotlight at Court Time Sports-Center?

The seemingly oblivious and overzealous Zander Gabriel has been very upset about the way his “best friend” Bulk Nasty has been treated by Jimmy Vegas over the past year. After our last event, he has finally had enough and has challenged Vegas in attempt to defend Bulk’s honor! Will Vegas take a trip to the Zander Zone, or will the IWC legend end the rookies career before it even begins?