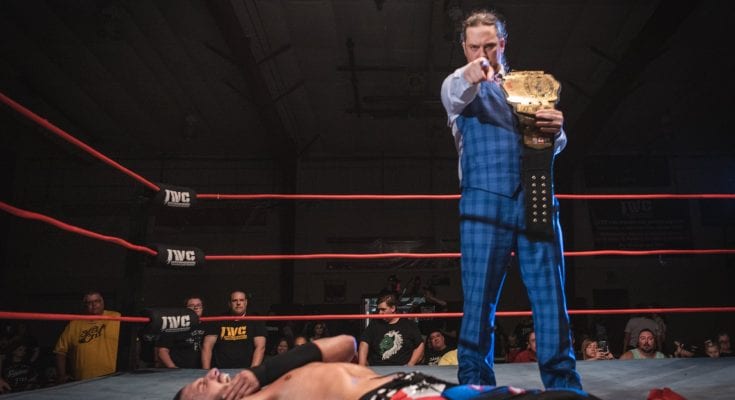 IWC returns to our home base of Court Time Sports Center in Elizabeth, PA on Saturday night August 10th with our summer annual, Caged Fury 2019! Doors open for VIP ticketholders at 6, with a Facebook Live Free-For-All kickoff show at 6:30, and belltime at 7:00! Tickets are on sale now here! Of course, if you can’t make it live, the event will be broadcast here at IWCwrestling.com on iPPV, and as part of the IWC Network for only $9.99/month!

As the name implies, we have two huge cage matches signed for this event, plus all the fun and surprises you’ve come to expect from IWC. Let’s take a look at the initial matches announced: 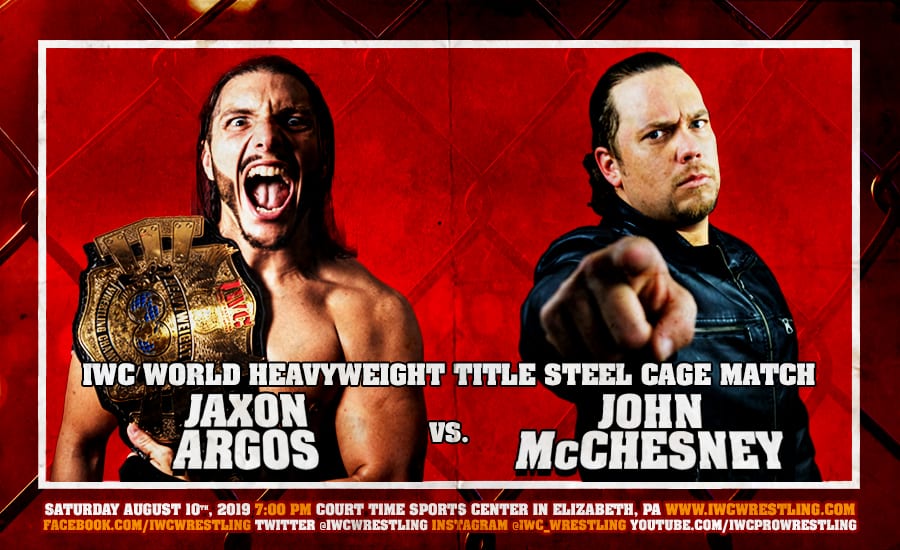 At Threat Level Midnight: The Sequel to the Sequel, the next challenger for Jaxon Argos’ IWC World Heavyweight Championship made his presence felt. “Big League” John McChesney defeated Bulk Nasty and declared his intentions to challenge for the title in a steel cage match against the winner of the night’s main event. After Jaxon Argos retained the title thanks to shenanigans from RC Dupree and Josh Alexander, McChesney superkicked Argos and held the title above his prone body. With over 20 cage matches over McChesney’s 18-year career, Argos will need to be at the top of his game to defeat the former 3-time IWC World Heavyweight Champion.  Who will walk out of the cage with the championship? 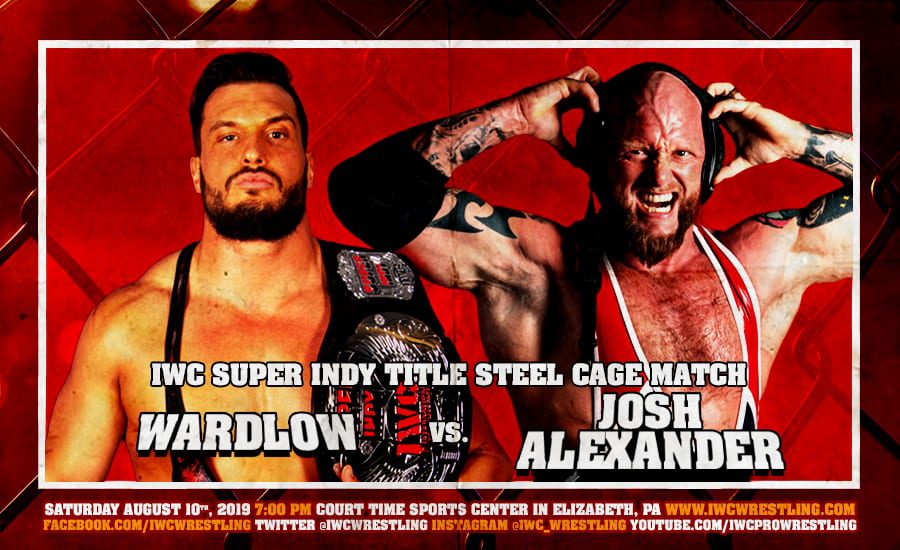 The IWC Super Indy Championship will be on the line inside the cage as Wardlow takes on “The Walking Weapon” Josh Alexander! Usually a steel cage would be used to keep other people out… but in this case, the cage will be necessary to keep these two men in! After Wardlow pinned Alexander in the finals of Super Indy 18, Alexander snapped. He attacked Wardlow, stole the Super Indy Title belt, and cost Wardlow the IWC World Heavyweight Title as Jaxon Argos cashed in the Reset Button to win the title… all at once. At Threat Level Midnight: The Sequel to the Sequel, Wardlow attacked Alexander and stole the title back, but then Alexander attacked Wardlow and cost him his rematch against Argos in the main event. Wardlow snapped and it took the entire locker room to keep the two men apart. IWC owner Justin Plummer demanded their rematch take place inside the steel cage! Who will leave Caged Fury as the rightful Super Indy Champion? 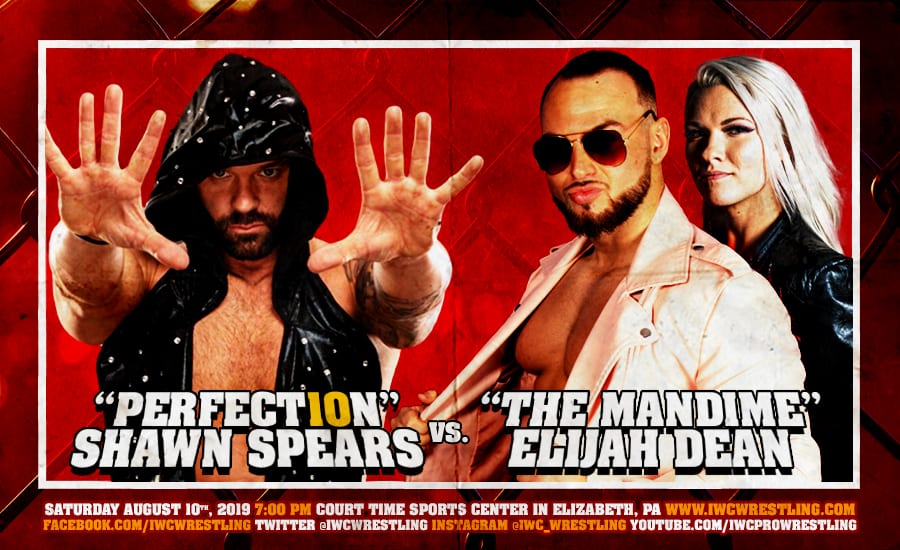 When it was announced that “Perfect10n” Shawn Spears was coming to IWC, one man took exception. At Threat Level Midnight, “The ManDime” Elijah Dean called out the man formerly known as Tye Dillinger the only way he knew how… by declaring he’s the only 10 in IWC!  With the “Dime Piece” by his side, will he finish out his rookie year with the biggest victory yet? Or will Spears prove he really is… “Perfect10n”? 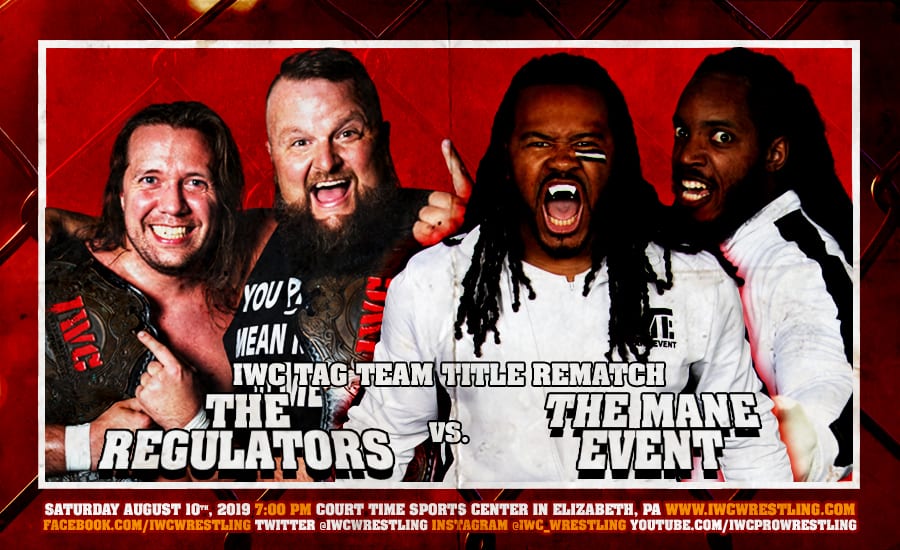 Duke Davis & Ganon Jones, Jr. will be looking for revenge as The Mane Event challenges the brand new IWC Tag Team Champions The Regulators for the titles! At Threat Level Midnight: The Sequel to the Sequel, Jock Samson & Chris LeRusso challenged TME for the titles. Officer Dan Murphy appeared at ringside and assisted in Ganon Jones, Jr. tumbling to the floor. With the referee distracted, “The Gavel” David Lawless slipped in the ring and nailed Duke Davis with Jock’s cowbell, giving the Regulators the win… and two new members in Lawless & Order. Will TME be able to regain the titles? Or will lightning strike twice for the Regulators? And what role will Lawless & Order play? 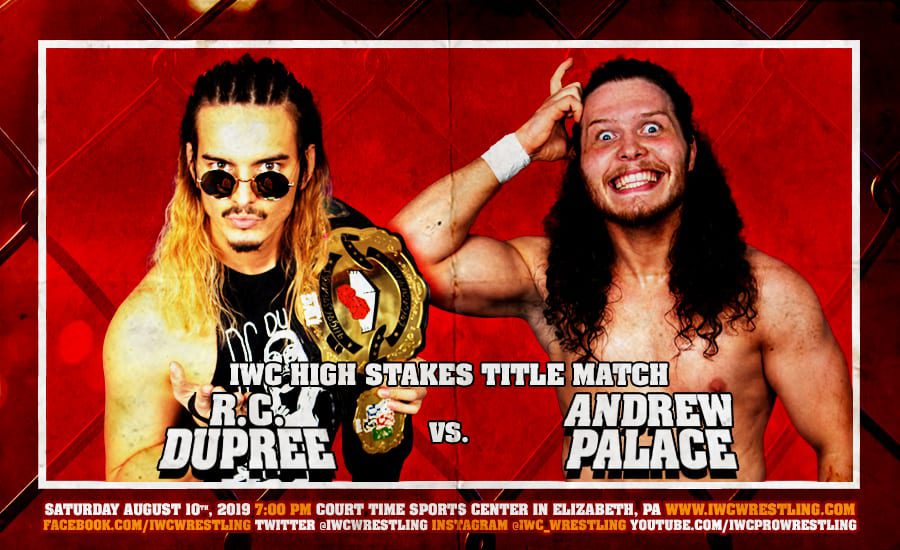 RC Dupree has not defended the IWC High Stakes Title since winning it back in February at Cold Blooded. Sure, he’s come close. He had a match scheduled against Jaxon Argos at Proving Ground 8 in May, but Argos attacked the referee and the match never began. Then, he was scheduled to take on Dan Hooven at Threat Level Midnight: The Sequel to the Sequel, but RC showed up in a neck brace with a doctor’s note claiming he was too injured to wrestle. Now, RC is scheduled to take on his old nemesis Andrew Palace at Caged Fury 2019. Will RC be able to weasel out of this one? Or will he actually defend the championship this time??

All this, plus much more to be announced! Stay tuned here and to IWC social accounts for updates!