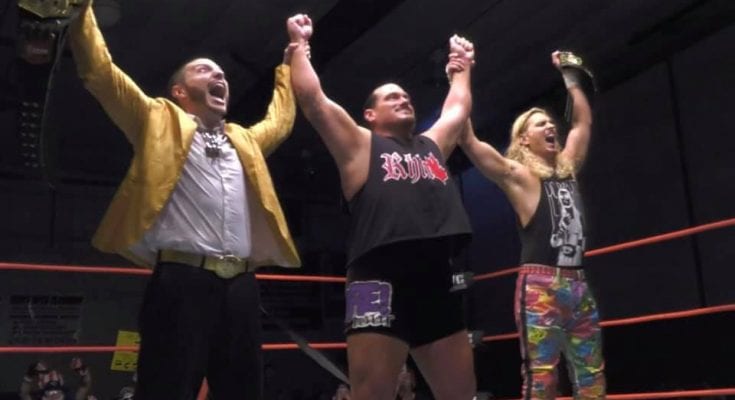 3. Team Storm introduced their newest member, Rhino! Rhino promised to win the #1 contender contract and rip it up.

7. Wardlow made one final appearance to thank the fans and say goodbye in an emotional farewell that we will remember forever.

8. Lebanon Don def. Mambo Italiano after paying him a large sum of money to take an intentional count out.

11. The Culmination def. Gory in a handicap match by referee stoppage after intentionally injuring him. After the match, Shawn Phoenix made his return to chase off The Culmination and announced that his first match back will be November 2nd!

12. Rhino won the six-man Unbreakable ladder match to become #1 contender to the IWC Heavyweight Championship. Jack Pollock was close to getting the victory before he was taken out by a vengeful RC Dupree. After the match, Rhino broke his deal with JaXon Argos and GORED him through a table. After unveiling that he was playing Argos all along, he set their title match on November 2nd to be EXTREME RULES!

The LIVE UNCUT version of Unbreakable is available NOW on the IWC Network for subscribers ONLY!