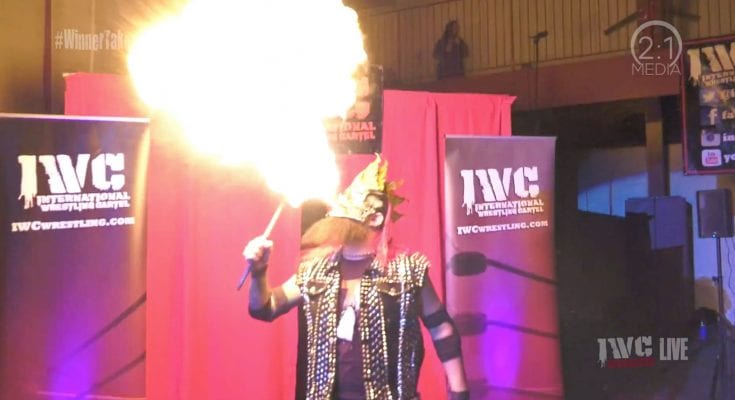 2. Dyaln Bostic and Jimmy Nutts wrestled to a no contest when Jimmy Nutts suffered an injury during the match.

3. Johnny Patch pinned The Man Dime to retain the IWC Super Indy Championship. Following the match, Johnny Patch was attacked by a man who resembled Gory. More info on this situation coming soon!

6. Lebanon Don defeated Jimmy Vegas via count out after he once again paid a large sum on cash to his opponent to take the intentional count out. After the count out, a “man in a Jimmy Vegas Mask” left The Don laying in the middle of the ring with a Cha-Ching Slam.

8. Shawn Phoenix pinned Atticus Cogar. After the match, The Culmination attacked Phoenix and challenged him to a stretcher match on December 7th!

10. JaXon Argos pinned Rhino to retain the IWC World Heavyweight Championship in an Extreme Rules Match with help from RC Dupree. After the match, a brawl broke out between Argos and Jack Pollock, and the main event for the second annual Pittsburgh Pro Wrestling Classic was set – JaXon Argos vs. Jack Pollock for the IWC World Heavyweight Championship!

Thank you EVERYONE for an unbelievable, history making night!

Tickets to our next event to see what happens next are available here!

The fully edited show is now available on the IWC Network for subscribers only!