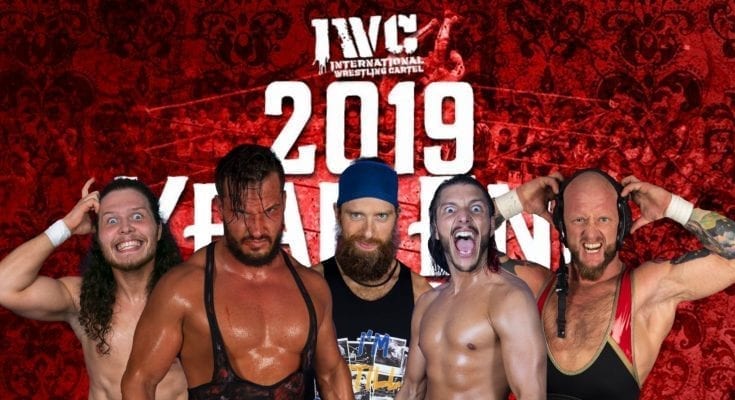 The IWC fans have spoken, and the IWC 2019 Year End Award Winners have been determined! IWC management selected finalists for each category, then the fans voted for the winners.  Be sure to check out all award nominees with our VOD special: IWC: Best of 2019! Below are the results of this years awards! 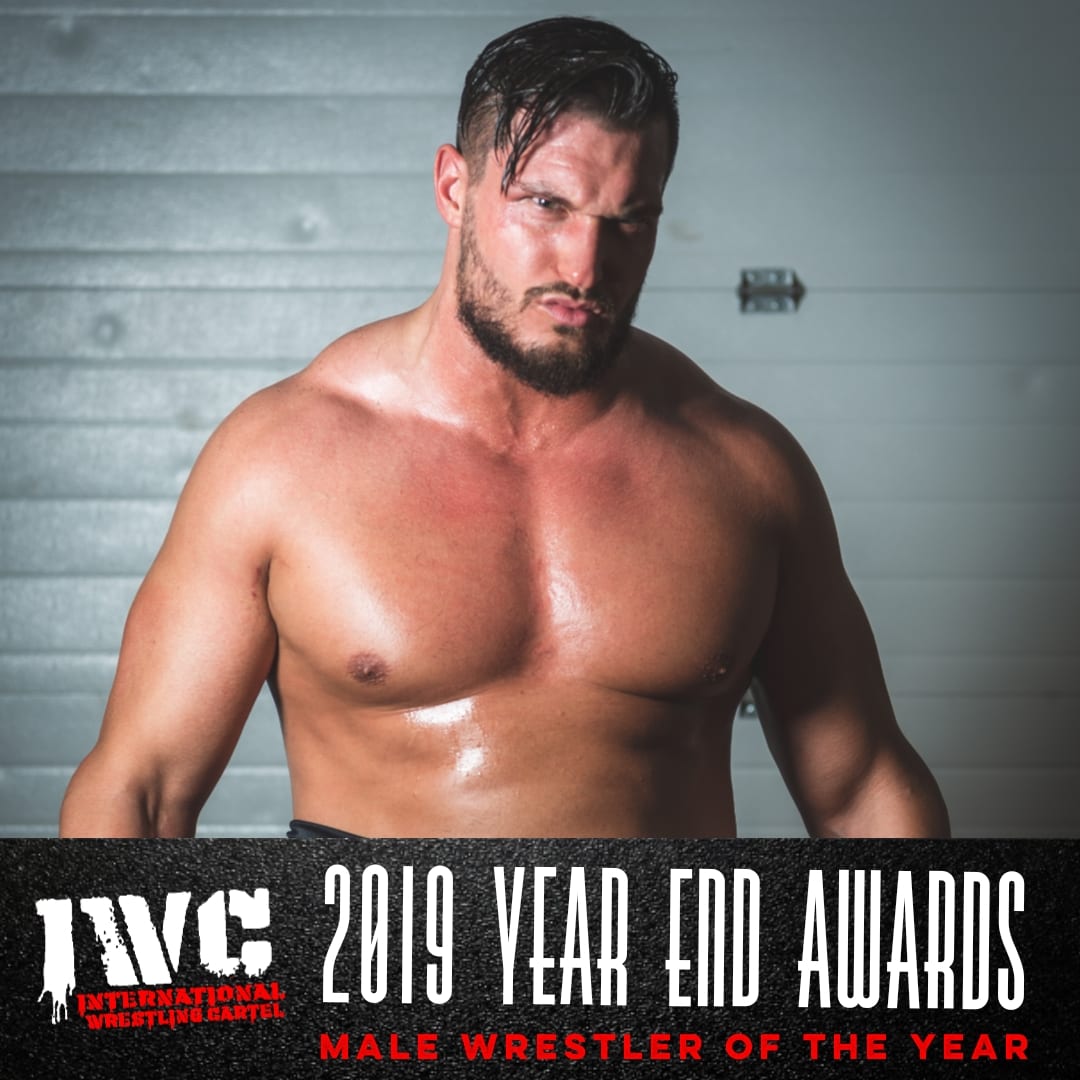 Wardlow entered 2019 in his third reign as IWC World Heavyweight Champion.  Then in March, he defeated “Big League” John McChesney to capture the IWC Super Indy Championship, becoming only the second man other than Logan Shulo (WWE’s Elias) to hold both prestigious titles at the same time!  Wardlow would go on to enter the Super Indy 18 Tournament as the champion, and become the second man in IWC History to run the table and win the tournament to retain the championship.  Wardlow would have several match of the year candidates before earning a full time contract with AEW Wrestling and saying goodbye in October.  Wardlow truly had a historic year worthy of being named IWC’s Wrestler of the Year! 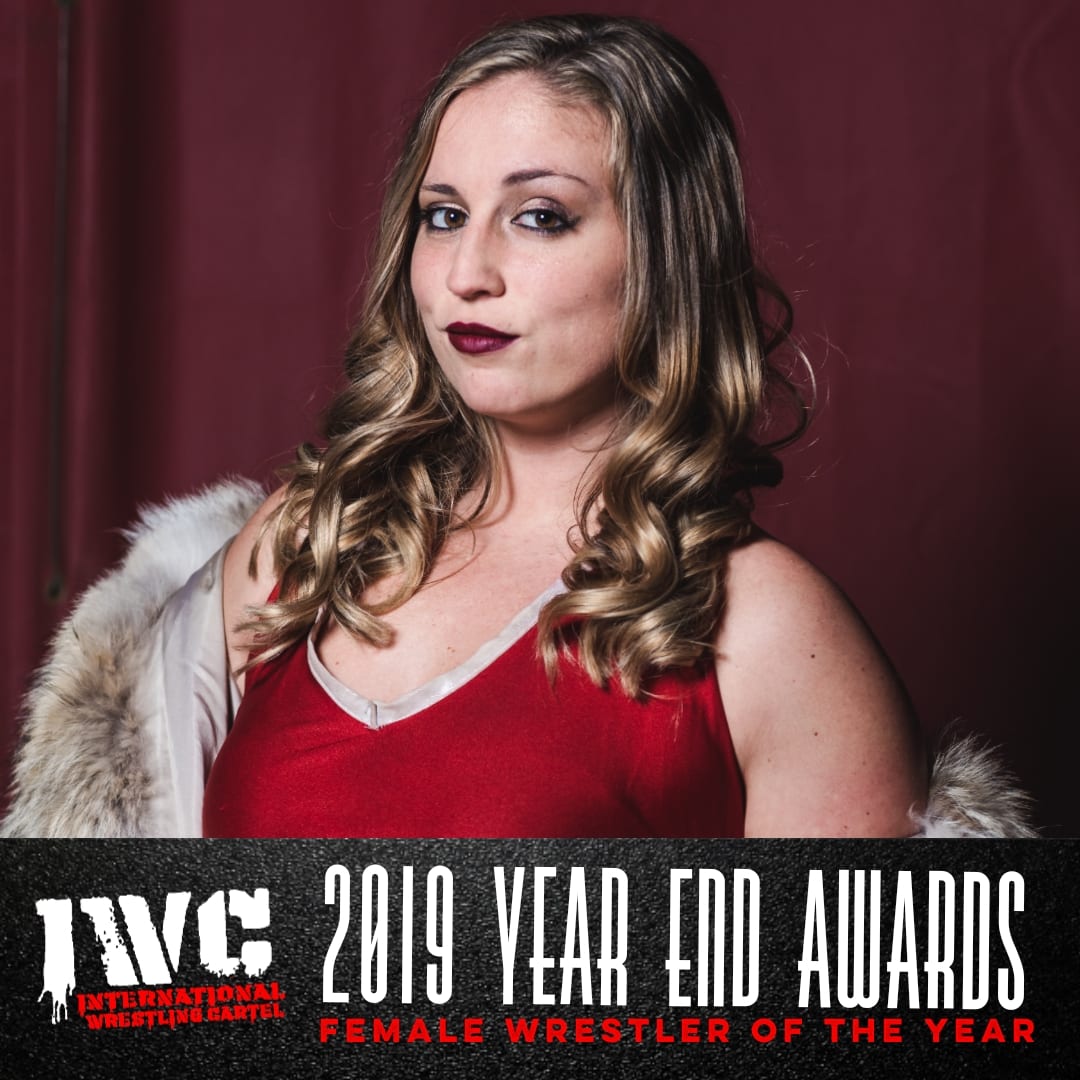 Katie Arquette held the IWC Women’s Championship for a record-tying two times in 2019.  She had a big win over Madison Rayne to regain her championship in February.  Arquette went from despised villain to one of the most beloved wrestlers in IWC when she survived a manipulative betrayal from close friends Justin LaBar and Calvin Couture, which resulted in a dramatic feud of the year nominee.  Katie was unable to regain her title before the end of the year, but her accomplishments were still enough for the Queen to be crowned 2019 IWC Female Wrestler of the Year! 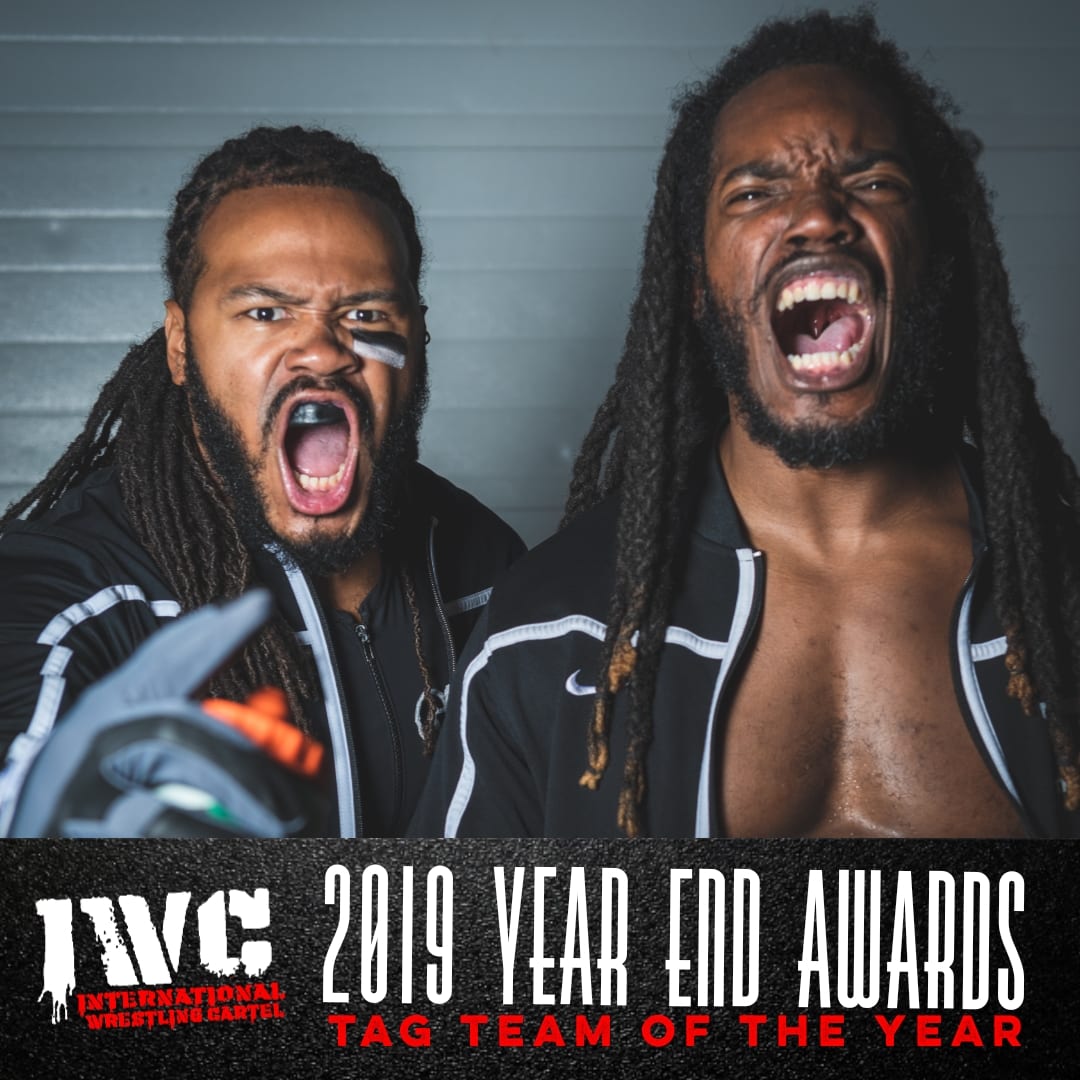 No tag team was more successful than The Mane Event (TME) during 2019 in the IWC.  During the year, TME debuted their official mascot Litty the Lion, and quickly became major representing faces of the company, holding the tag team titles on two occasions throughout the year, TME had breakout matches vs. Andrew Palace & DJ Z, The North, and The Regulators.  TME’s success landed them at the WWE Performance Center for the biggest try-outs in the industry.  The fans clearly noticed TME’s breakout year, as they are your 2019 IWC Tag Team of the Year! 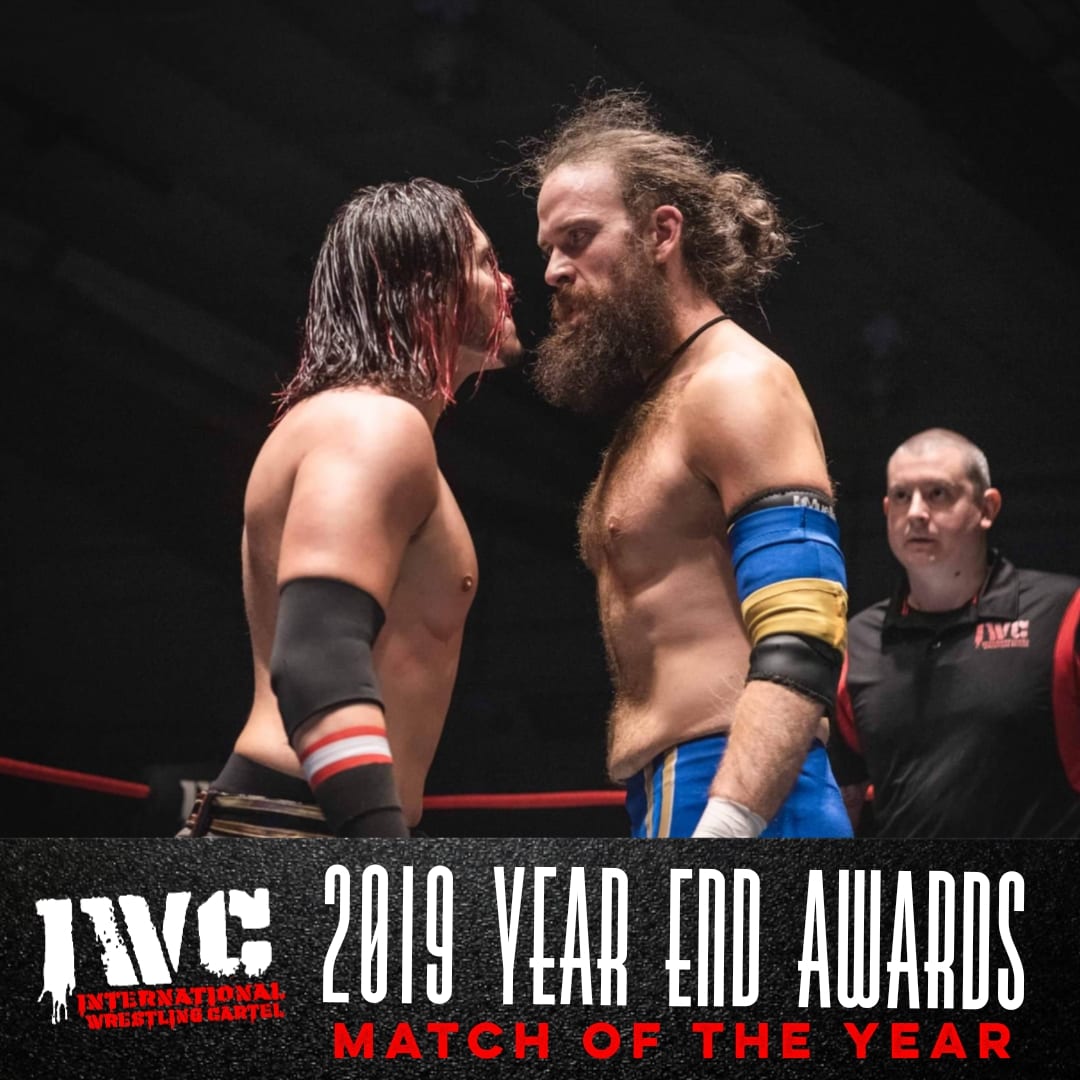 After taking over IWC and being the top dogs last year,  IWC fans were SHOCKED when Jack Pollock announced his departure from IWC due to injury, and was subsequently attacked and dumped by his Team Storm brothers.  After returning early from career threatening surgery, Jack Pollock fought his way back to the top, where he found himself with a golden opportunity to obtain vengeance and regain the IWC World Heavyweight Championship.  At The Second Annual Pittsburgh Pro Wrestling Classic, these two rivals clashed head on in a feud one year in the making, and the emotion behind the match captured fans hearts.  The result – fans selected Jack Pollock vs. JaXon Argos as the IWC 2019 Match of the Year!

2019 IWC Feud of the Year: Jack Pollock vs. JaXon Argos 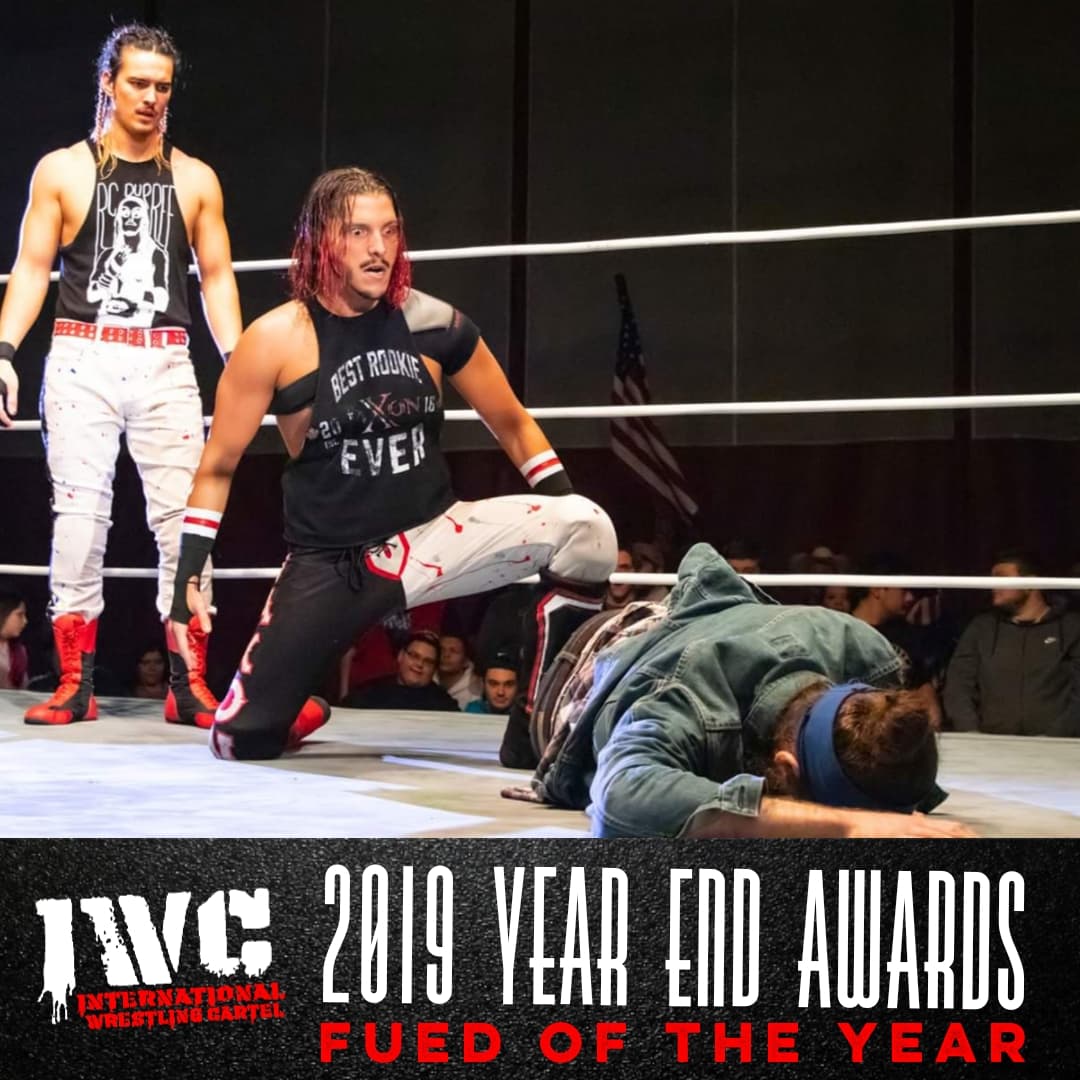 See above.  The 2019 IWC Match of the Year was a direct result of the IWC 2019 Feud of the Year.  And while their match was a year in the making, this feud was a build of over three years of twists and turns! 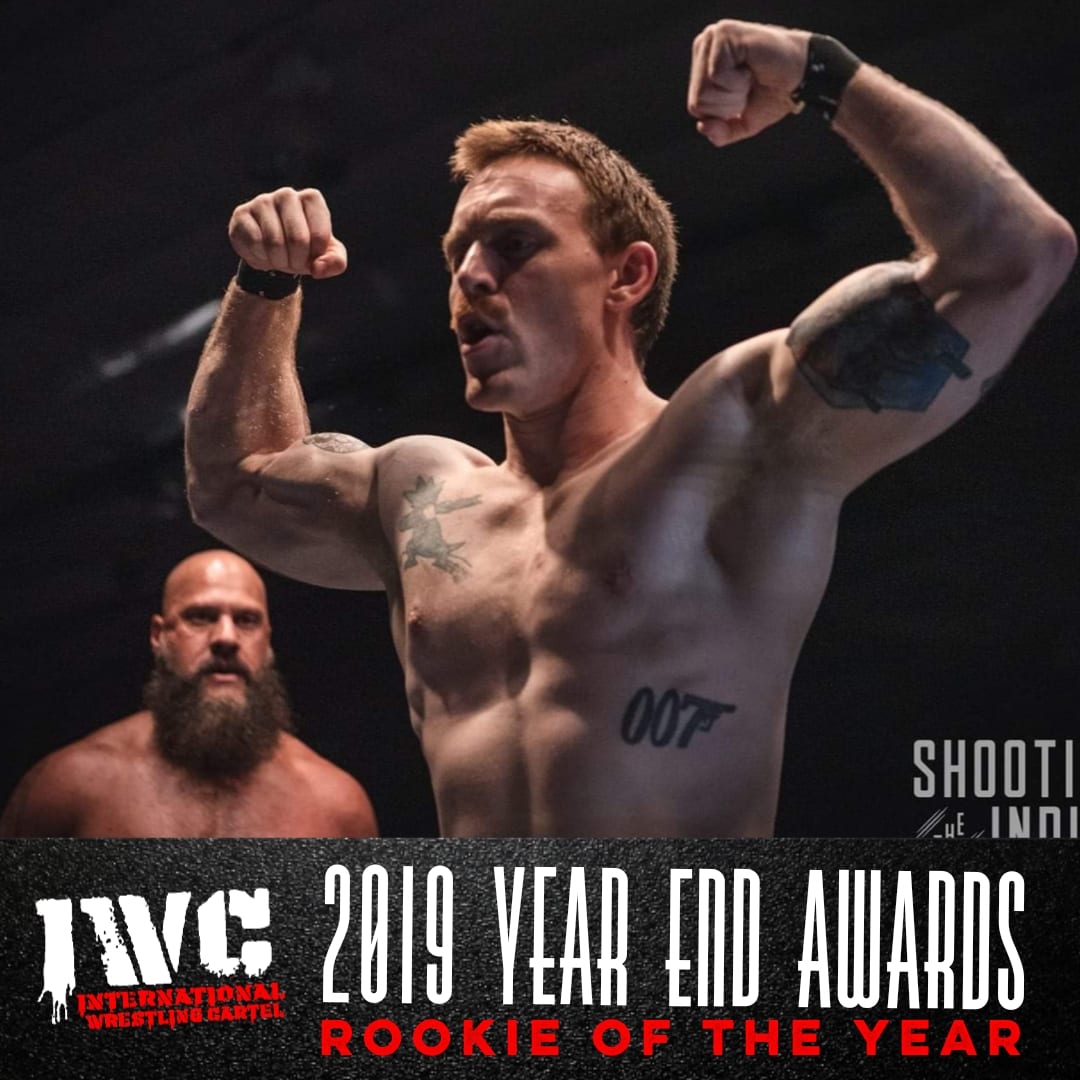 In 2019, IWC produced more ICWA graduates than ever before.  Many of these rookies made an instant impact on the IWC roster.  However, it was Zander Gabriel who captured fans’ attention with his unique online videos and contentious alliance with Bulk Nasty.  As the year progressed and this odd couple built an undefeated streak, fans began to get behind this team who eventually were dubbed “Steak and Eggs”.  Although they appeared to officially break up at the end of the year, Steak and Eggs finished 2019 as the only undefeated tag Team in IWC!  Because of this, fans have voted Zander Gabriel as the 2019 IWC Rookie of the Year!

2019 IWC Most Memorable Moment of the Year: JaXon Argos Activates the Reset Button 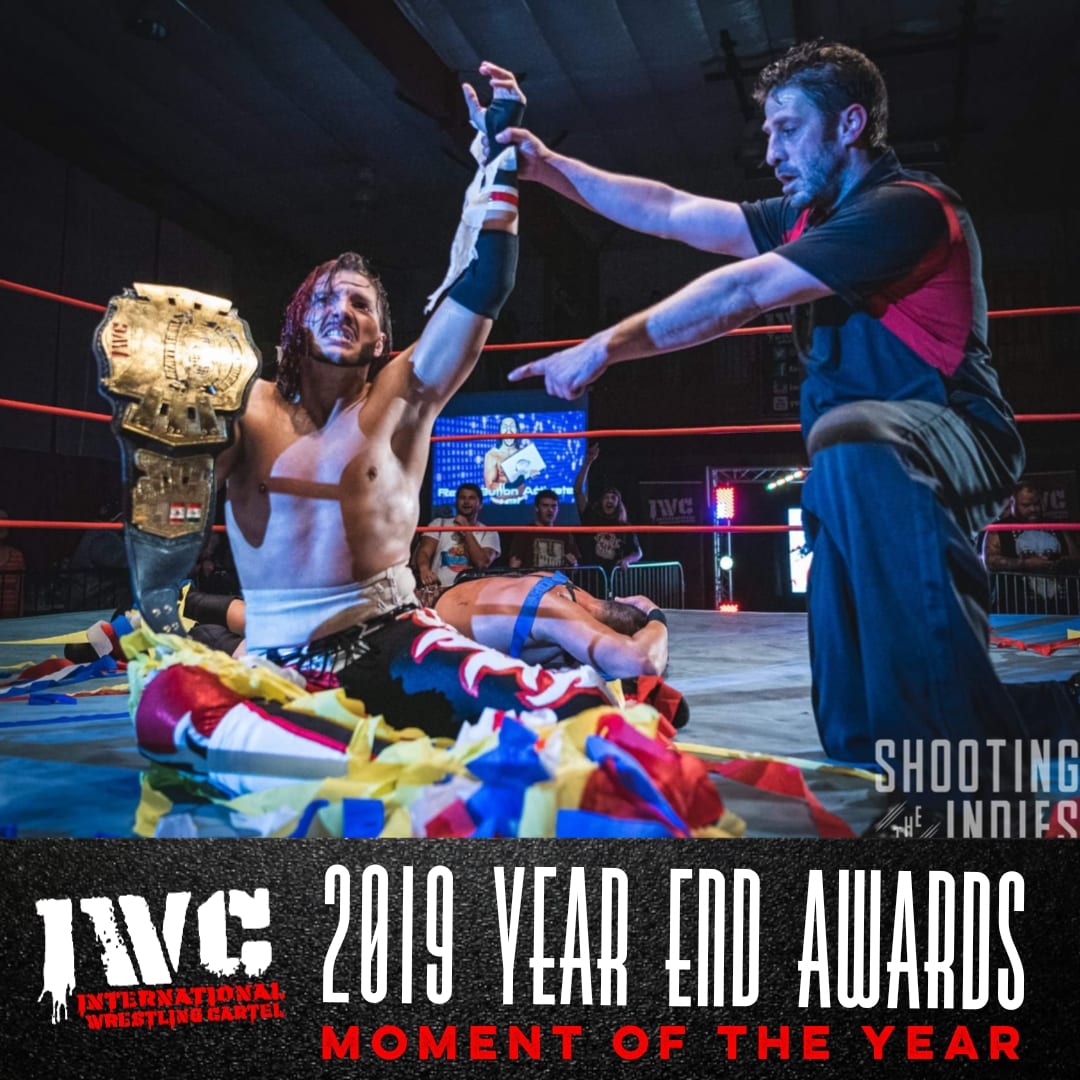 At Super Indy 18, fans were on their feet when Wardlow made history by running the table and winning the Tournament by defeating Josh Alexander in the finals.  But after Alexander attacked Wardlow following the match, the roof blew off the building as the Reset Button alarm sounded and Argos activated a World Heavyweight Title match on the spot! Argos would win the IWC title that night, and his headline would overshadow the historic tournament itself.  Whether fans loved or hated what Argos had done, they all were taken on an emotional roller coaster as they all stood on their feet and chanted “IWC” as cameras went off the air!

2019 IWC Most Loved Wrestler of the Year: Wardlow 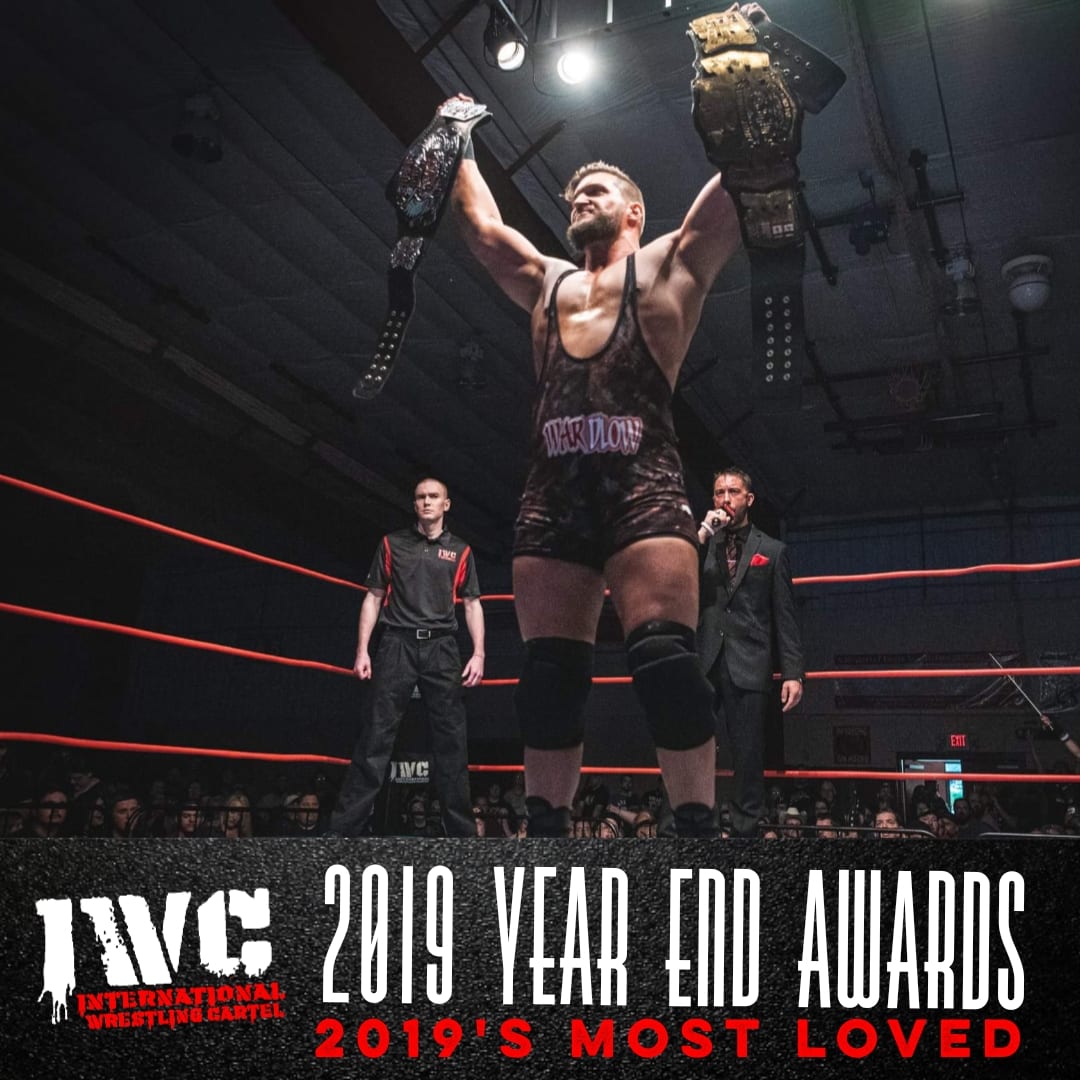 2019 IWC Most Hated Wrestler of the Year: JaXon Argos 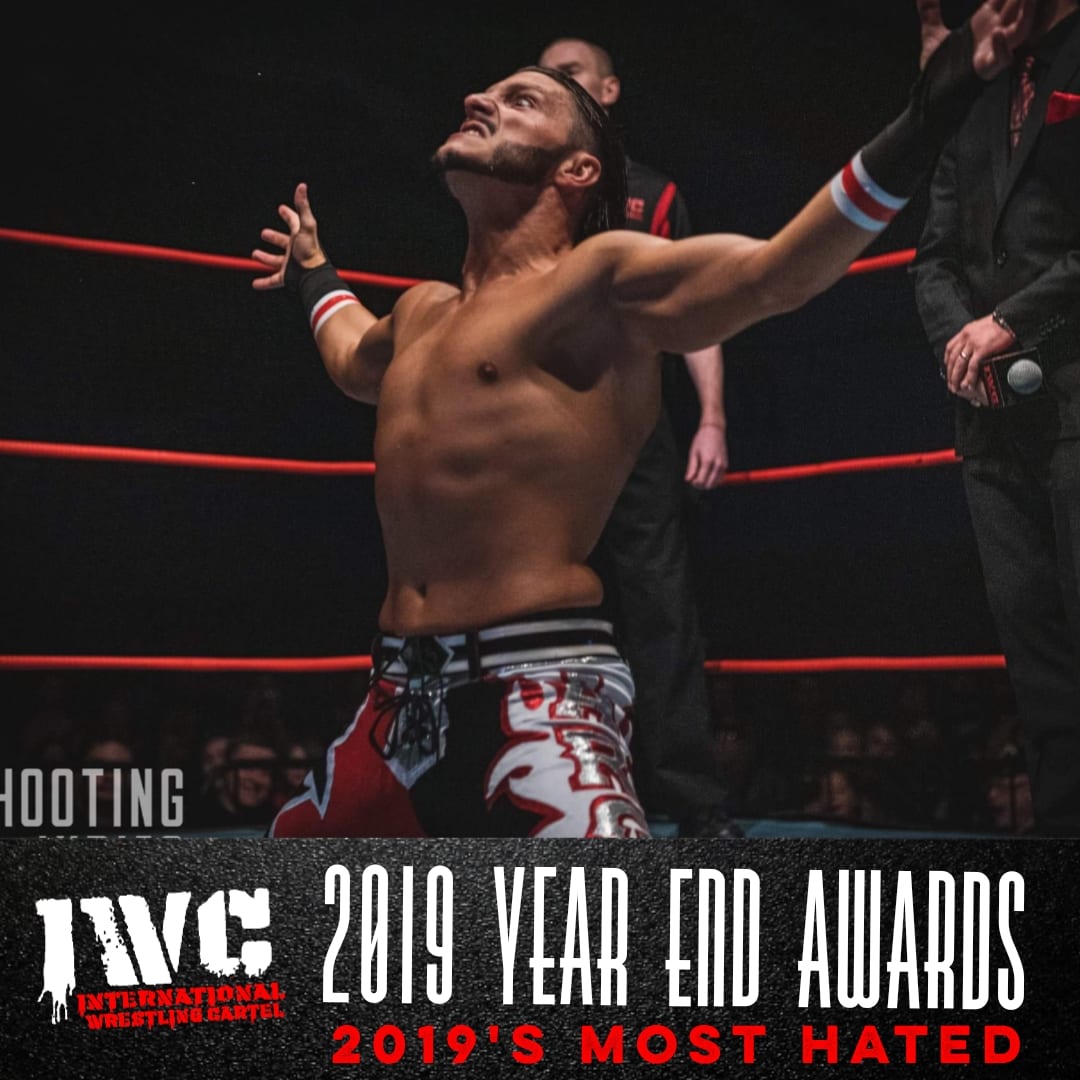 Remember to catch all of these moments from this incredible year in the IWC Network, or grab our VOD special: IWC: Best of 2019 to see why 2019 was the most historically significant year in IWC history!