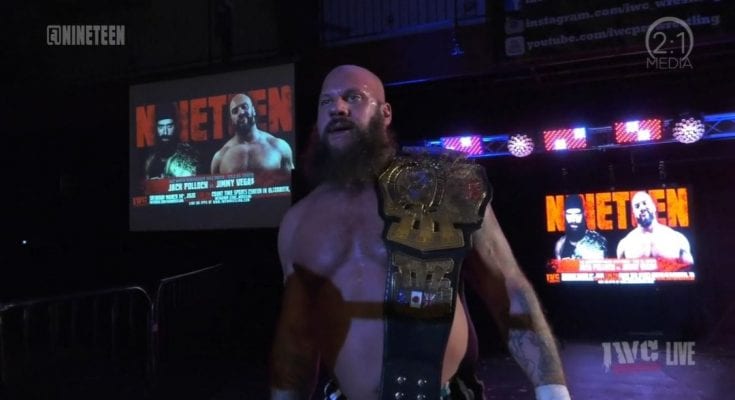 Watch it NOW on the IWC Network!

3. Atticus Cogar defeated JaXon Argos in a 16-bit challenge rules match to retain the power of the Reset Button and win a spot in the Super Indy Tournament in June!

7. Johnny Patch defeated Facade to retain the IWC Super Indy Championship. After the match Facade helped Patch fend off an attempt from Atticus Cogar to activate the Reset Button!

9. Allie Kat and Katie Arquette defeated Ray Lyn and Queen Aminata when Arquette pinned Aminata. After the match, Ray Lyn and Calvin attacked Aminata for “costing” their team the victory.

Other notable items:
*Team Big League and the alliance of Palace/Collier/Slade continuously interfered with each others matches throughout the night. There’s definitely unfinished business here!

*The Regulators attacked Jack Pollock early in the night and Jock Samson was adamant that the IWC title belonged rightfully to him!

*Brian Pillman Jr., Lee Moriarty, and Danhausen were announced as entrants into Super Indy 19 in June!

Thank you to everyone who celebrated our 19 year anniversary! It was an amazing and memorable night for all of us to come together as a wrestling family and create such great positivity. Stay tuned for status of our upcoming events!