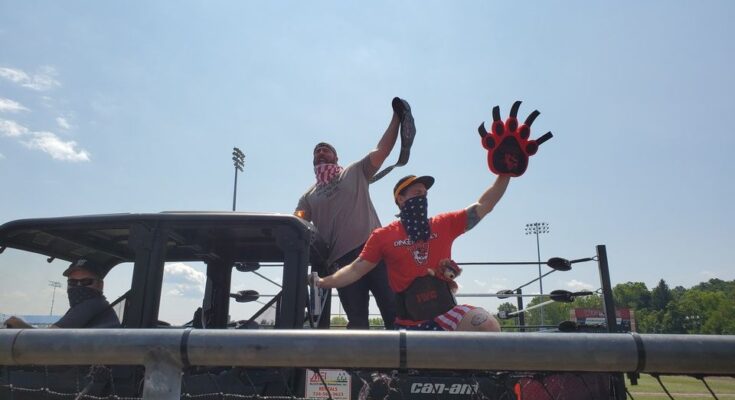 1. Jock Samson defeated Andrew Palace, Bill Collier, and Jack Pollock to earn a shot at The IWC World Heavweight Championship later in the day’s main event. Jock Samson promised that he would win the title, then he and The Regulators would head to Harrisburg to surrender the title to Governor Wolf and shut down IWC for good!

7. Jimmy Vegas defeated Jock Samson in a falls count anywhere Basebrawl match to retain the IWC Championship and save IWC! During the match, The Regulators tried to interfere, but their plan was foiled when Palace, Pollock, and Collier made the save. The day ended with Vegas toasting the owner of IWC, Justin Plummer, with White Claws in the ring before he laid Plummer out with a stunner and left with the gold in hand.