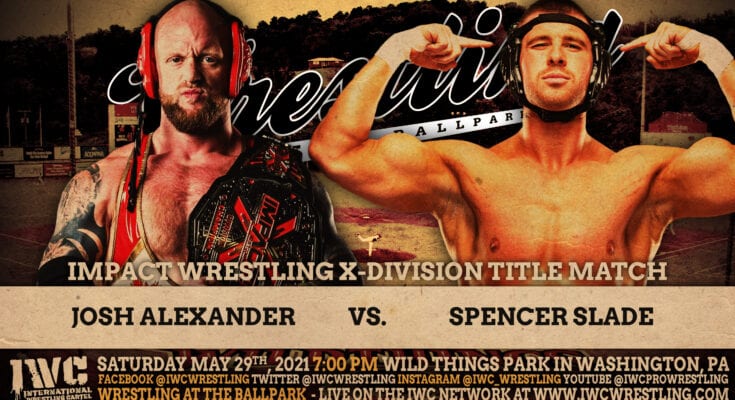 “The Walking Weapon” Josh Alexander has become one of the most dominating athletes on the IWC Roster over the past several years.  His accomplishments include becoming a two-time IWC Super Indy Champion, winning the prestigious Super Indy Tournament, defeating AEW star Wardlow inside of a steel cage, and capturing the IWC Tag Team Titles in a winner takes all match to temporarily unify the Impact Wrestling and IWC Wrestling Tag Team Championships along with his partner Ethan Page as part of “The North”.  However, Alexander has found his most success recently as he was crowned the Impact Wrestling X-Division Champion after defeating TJP and Ace Austin in a thrilling match at the Impact Wrestling “Rebellion” pay-per-view.

Alexander has since successfully defended his X-Division championship versus all challengers, but on May 29th at The Washington Wild Things Ballpark, he will have yet another challenging defense in store when he competes with the breakout star, Spencer Slade.

Known as the submission specialist, Spencer Slade has been quick to climb the ranks of professional wrestling, both in IWC and across the country.  After graduating from IWC’s Iron City Wrestling Academy, Slade wasted no time in racking up big wins and drawing attention from fans and veteran wrestlers alike.  Slade won the third annual Pittsburgh Pro Wrestling Classic Invitational to cap off an incredible 2020.  He wouldn’t slow down in 2021 as he made his national television debut with All Elite Wrestling after catching the eye of IWC alumni Britt Baker and Wardlow and being recruited at the IWC Twenty Year Anniversary Event.

Although the Impact Wrestling X-Division Championship has been represented on IWC turf in the past (IWC original DJ Z, now know as Joaquin Wilde in WWE), this will be the first time that this title is formally defended in an IWC ring.  On May 29th, two of the hottest stars in pro wrestling will collide under the bright stadium lights to battle for one of the top titles in the sport of professional wrestling.  While many experts are stating that Alexander is the favorite to retain his title, Slade will have literal home field advantage as this match will be taking place in his home promotion and in his city of residence.  Will Josh Alexander continue his dominant reign as champion?  Or will Spencer Slade rock the foundation of pro wrestling by riding his wave of momentum to an X-Division title reign?

Find out with tickets here, or join us LIVE on iPPV on the IWC Network! 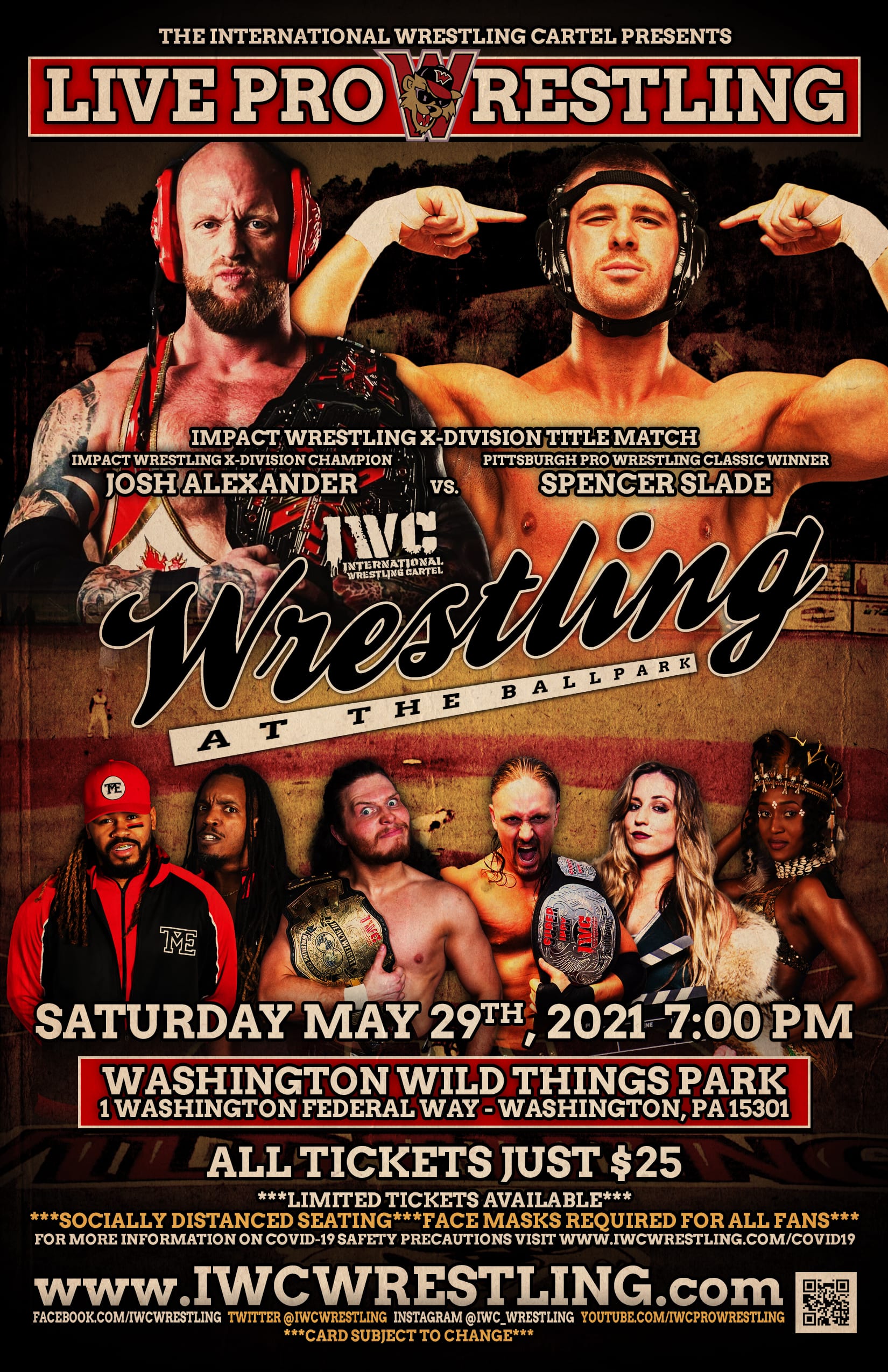