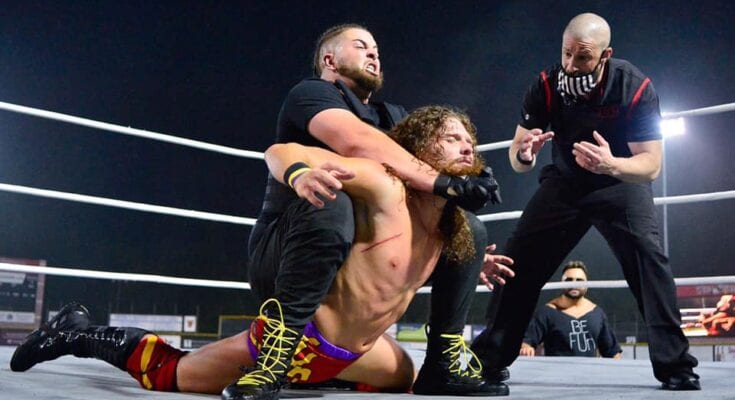 6. Jock Samson def. Bulk Nasty in a bullrope match with significant interference from The Regulators.

7. Josh Alexander def. Spencer Slade in a very close contest to retain the Impact Wrestling X-Division Championship. After the match Alexander extended his hand to Slade as a show of respect, only to take a cheap shot from Slade.

8. Andrew Palace def. Tito Oric to retain the IWC World Heavyweight Championship as the rain started to come down hard. The Lebanon Don once again tried to interfere, but was neutralized by a vengeful RC Dupree.

IWC Wrestling at the Ballpark is available NOW on the IWC Network! Thank you all for an incredible night!