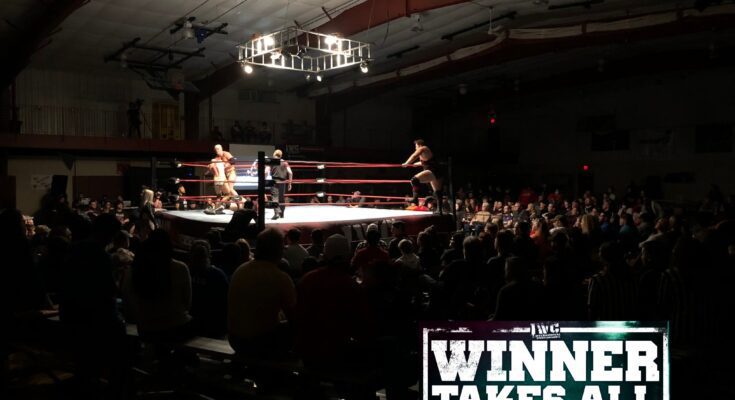 IWC Winner Takes All was another one for the record books as fans PACKED Court Time Sports Center in Elizabeth, PA to see their favorite IWC stars in action!  You can re-live the event right now with a subscription to there IWC Network, or catch the replay on FITE TV!

The night started hot as Alexander Apollo successfully defended his IWC High Stakes Championship in a FIVE Man Scramble match when he pinned Leo Sparrow!  Also included in the match was “The Sky Prince” Anthony Young, Chase Gold, and Malaki Gage.  Following the match, Gory and the Culmination attacked Anthony Young in apparent revenge for Young putting Gory (then Angelik) through a table several months earlier!  However, Young was able to escape, but this seems to be far from over!

Brotherly Love pulled a SHOCKING upset over Tito Oric and The Lebanon Don to stay undefeated when The Good Budz got involved to cost Oric and Don the match.  We have seen this saga play out on IWC social media over the past several weeks, and we expect Tito and The Don to be in hot pursuit of revenge over the Good Budz very soon!

Katie Arquette retained the IWC Women’s Championship by defeating Megan Meyers, but was quickly challenged to a title match by the frustrated Ella Shae!

Cole Karter successfully defended the IWC Super Indy Championship against Derek Dillinger in a match that saw Cole take his athleticism to a whole new level to pull out the hard fought victory!

Money Shot defeated Bear Country to retain the IWC Tag Team Championships and come within just a few weeks of becoming the longest reigning tag team champions in IWC’s 20+ year history!  The victory wasn’t without controversy as Bear Country thought they had the victory, only to have the match restarted and stolen from them!

TME and Hardcore Hammertime battled to see who would be #1 contender to Money Shot’s tag titles in December, but Money Shot had other plans.  Hoping to take both teams out and get have a free pass at our next event, Money Shot violently attacked both teams with Tables and Chairs to end the match in a no-contest.  But they would be in for a surprise as IWC Owner Justin Plummer announced that they would actually have to defend their titles next moth against BOTH Hardcore Hammer Time and TME… in a Tables, Ladders, and Chairs match!

Spencer Slade used underhanded tactics to defeat the debuting “Iron” Mike Bonner in his debut match, and he did it without the assistance of Justin Labar. IWC Management previously announced that LaBar would be indefinitely suspended for his role in the sneak attack on “Big Time” Bill Collier, and would not be able to return until Collier was clear from injury.  In a surprising moment, Collier appear LIVE on the big screen following Slade’s win to announce that he had already been clear by doctors, and would be returning on December 4th to challenge Slade one-on-one!

In one of the longest running and dramatic feuds in IWC history, one-time Team Storm partners and former blood rivals Jack Pollock and JaXon Argos joined forces to defeated RC Dupree and Eddie Knoxxx. However, after the match JaXon’s true colors were shown when he lured Pollock into a faux handshake and spiked him with a Brain Storm!  However, Dupree didn’t have enough himself, and attacked Argos from behind before challenging both men to a triple threat match on December 4th in match nobody ever thought they would see – all three former members of Team Storm going to war to finally determine, once and for all, who will rise above the rest!

In our main event, Andrew Palace and Bulk Nasty took each other to the absolute limit for the IWC World Heavyweight Championship!  In the end, Bulk Nasty edged out Palace to retain the gold!  Following the match, Bulk Nasty put BC Steele on noticed, and promised that on December 4th he would defeat then GIANT Paxton Calloway and send BC packing once and for all!

Tickets to The 4th Annual Pittsburgh Classic are on sale now HERE! We hope to see you there! 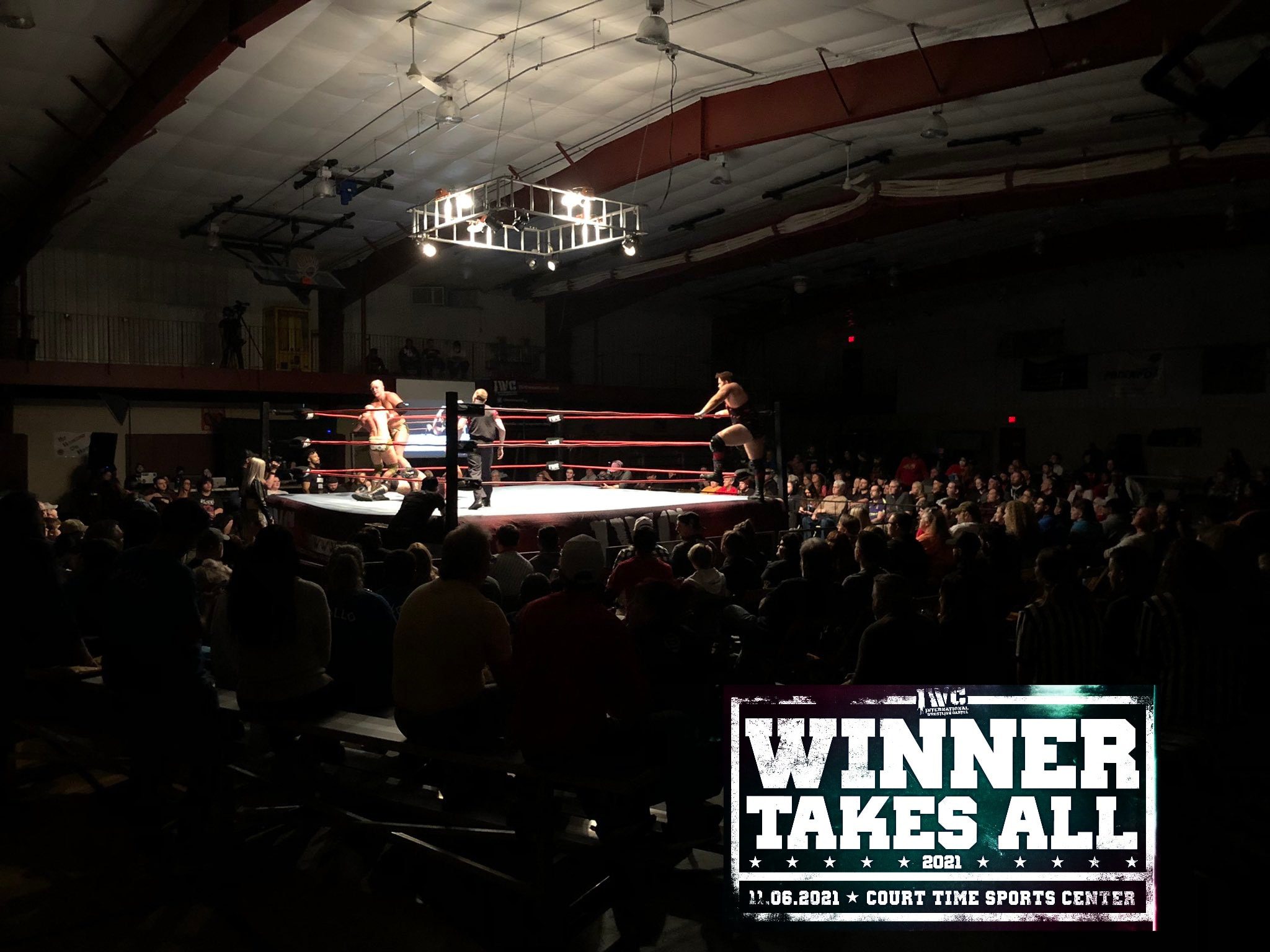