International Wrestling Cartel (IWC) returns home to the Court Time Sports Center in Elizabeth, PA on Saturday June 18th, 2022 for AFTERSHOCK!!!!   With the fall out from IWC PROVING GROUND and IWC FEATURE PRESENTATION 2, the IWC Heavyweight and Super Indy Champions are faced with new challenges!!  The action kicks off at 7:00 PM! 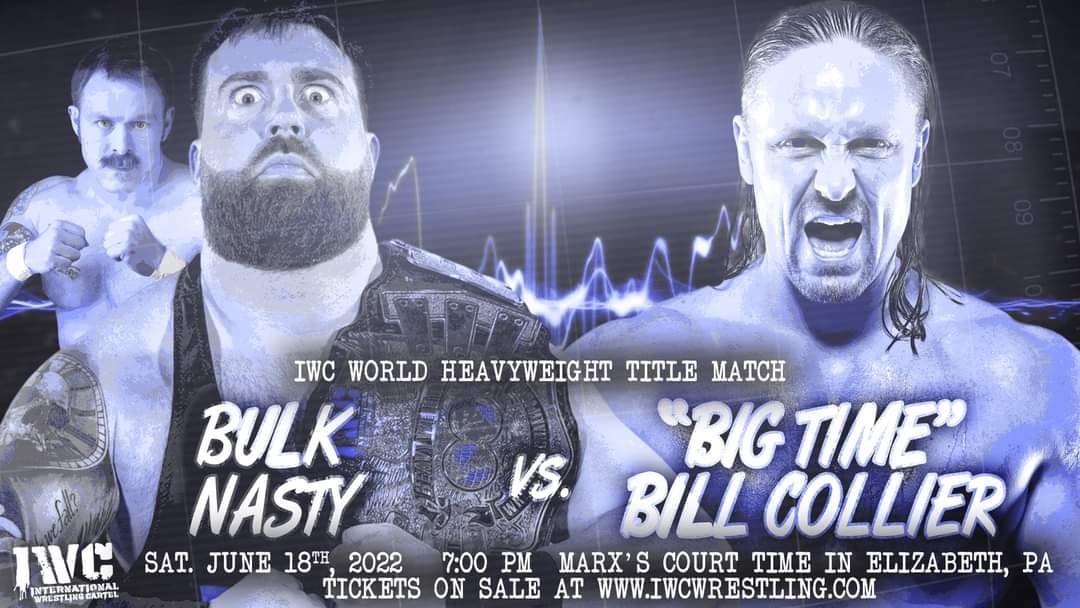 After “Big Time” Bill Collier stepped in to defend the IWC Champ from the likes of Elijah Dean, Collier made it clear Bulk Nasty’s title is in his sights!  These two Heavyweights meet for the first time on June 18th!  Will a reinforced ring be enough to contain these two behemoths!? 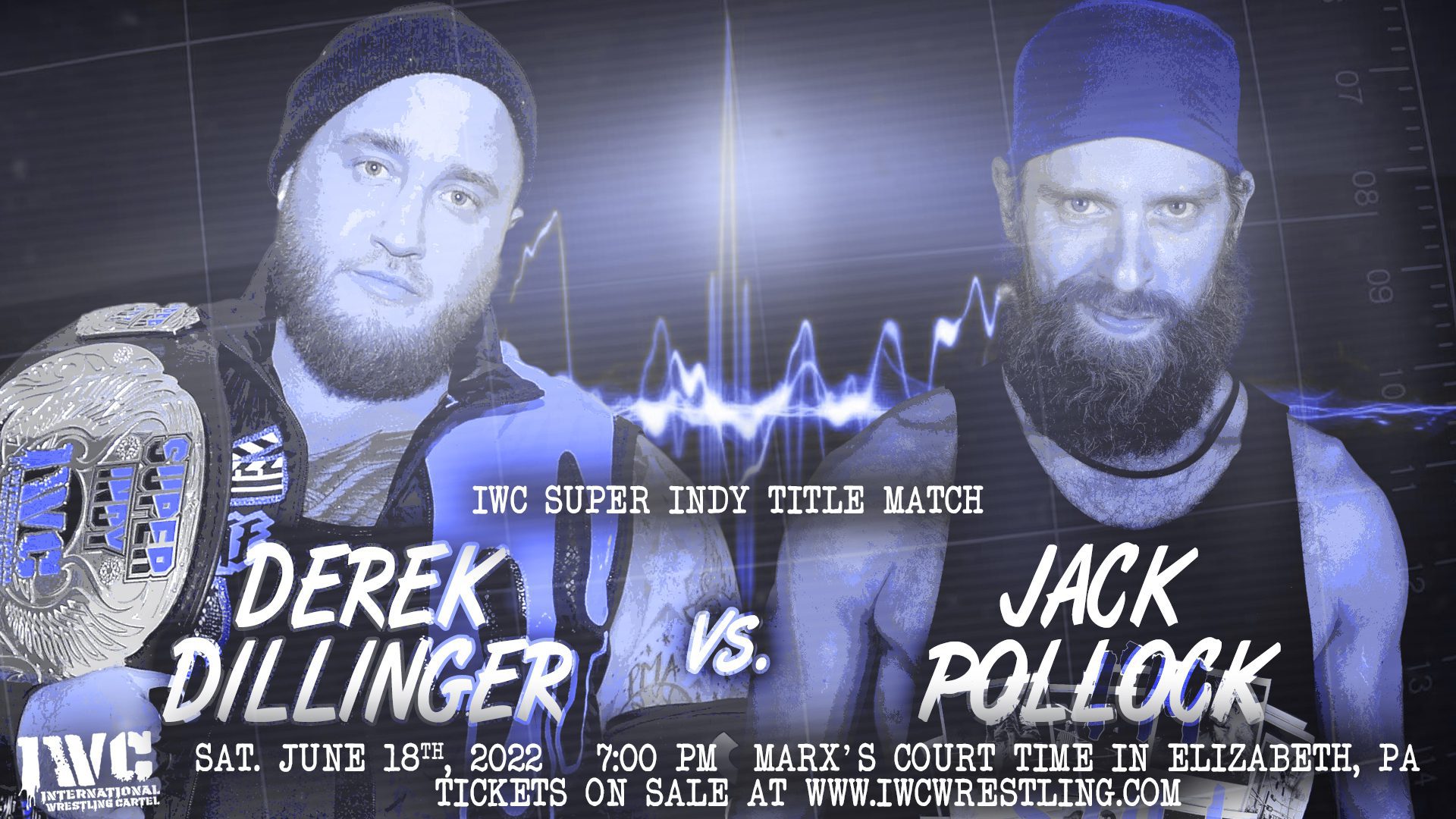 With a personal disgust towards one-another, Jack Pollock earned a Super Indy title match against Derek Dillinger after pinning him at IWC FEATURE PRESENTATION 2.  While Jack has come to the aid of several of Derek’s opponents, this will be the first time these two lock-up in IWC!  Will the Hardcore Icon Jack Pollock be enough to win his first Super Indy Championship or will the Director, Derek Dillinger, cancel the whole production!? 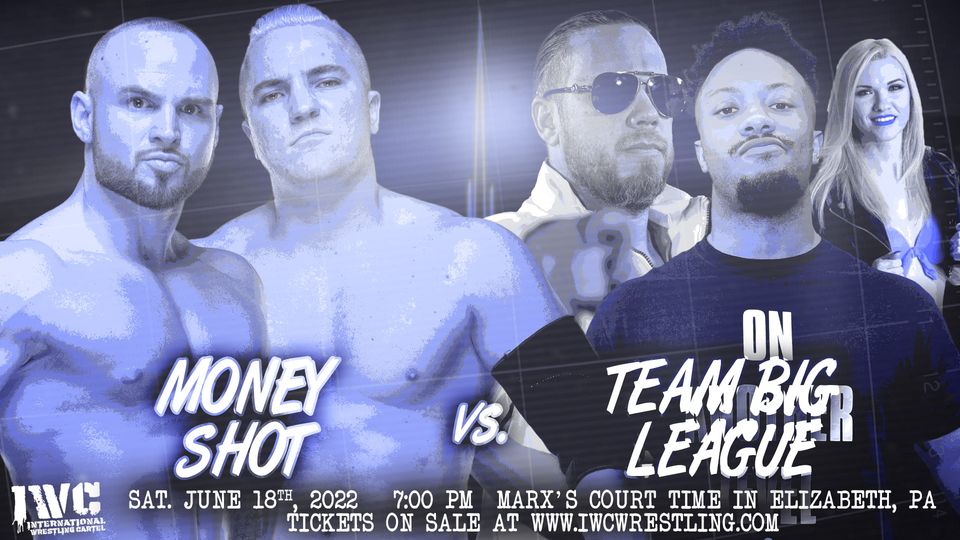 The Rivalry between Money Shot and the New Team Big League boils over on June 18th! Will McChesney finally be overthrown as King of the IWC? Or will this new iteration of TBL prove to be the best yet?! 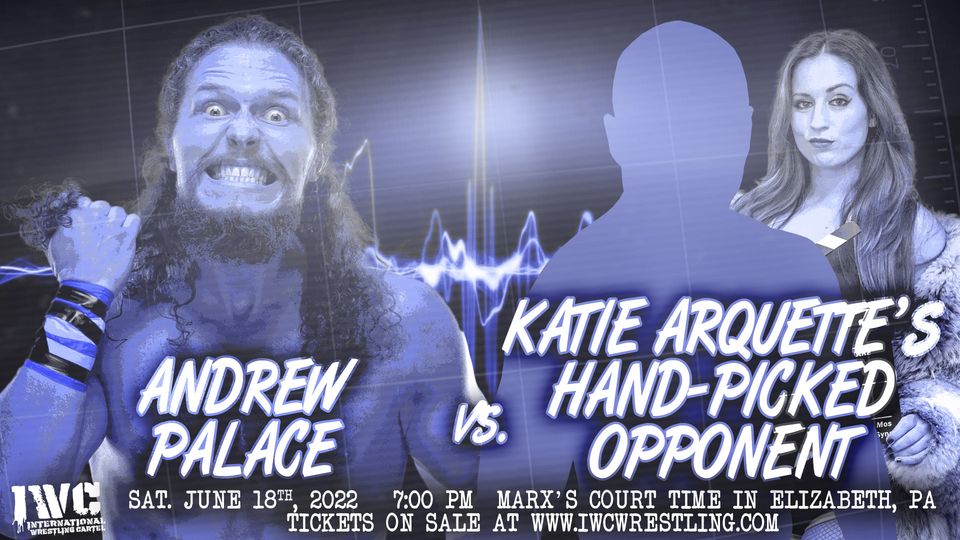 The last time IWC was at Court Time Sports Center, Katie Arquette shocked the world by turning her back on the beloved Andrew Palace, and left him alone in the ring.  Since then, instead of answers, Katie continues to play mind games with Palace, and will hand pick his opponent on June 18th!  Can Palace stay focused and defeat this mystery opponent, or will another surprise from Katie be too much!?

The Culmination vs. Good Budz 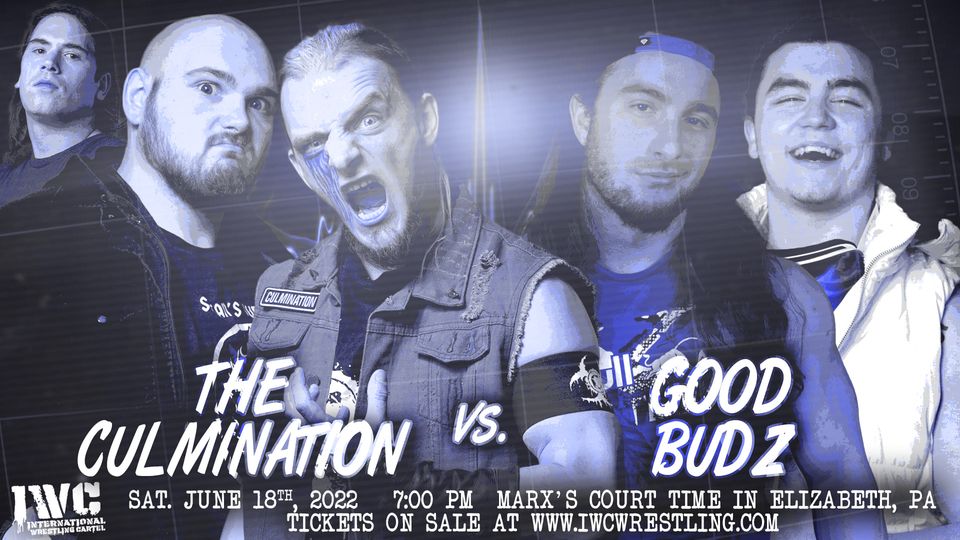 In a total clash of personalities, The Culmination (Gory and Philip Archer, with Remy Lavey) will go to battle against the Good Budz (Johnny Patch and Preston Everest) on June 18th! The Good Budz have built up some momentum, but will it be enough to survive one of the most horrifying teams in the IWC?! 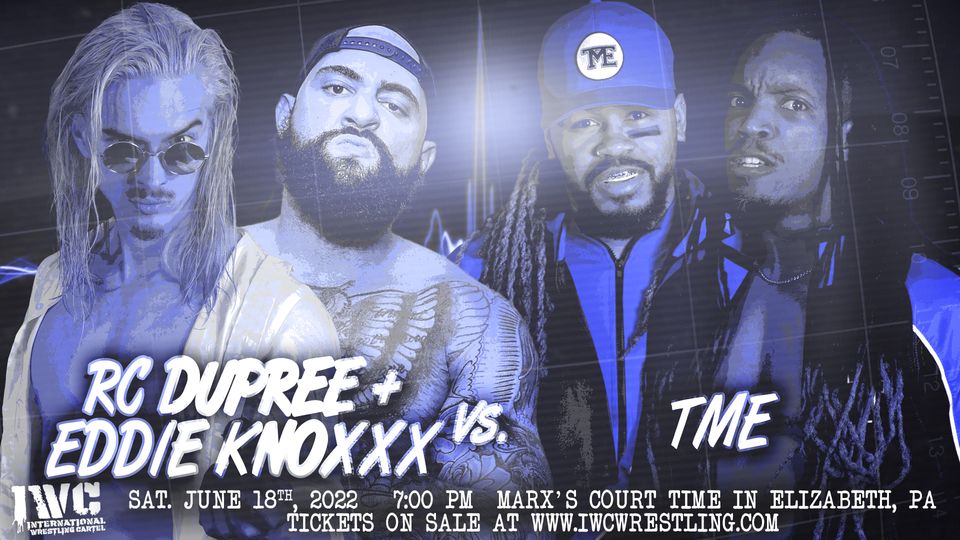 A huge, first-time-ever, tag match is set for IWC Aftershock on June 18th! Ever since losing the IWC Tag Team Titles to the Hardy Boyz, TME (Duke Davis and Ganon Jones Jr.) has been on an incredible win streak. On the other side, RC Dupree seems to be just one match away from IWC Gold!  With help from Eddie Knoxxx, will Tag Team championship gold be in their future? Or will TME continue their streak and stay ranked as #1 contenders?! 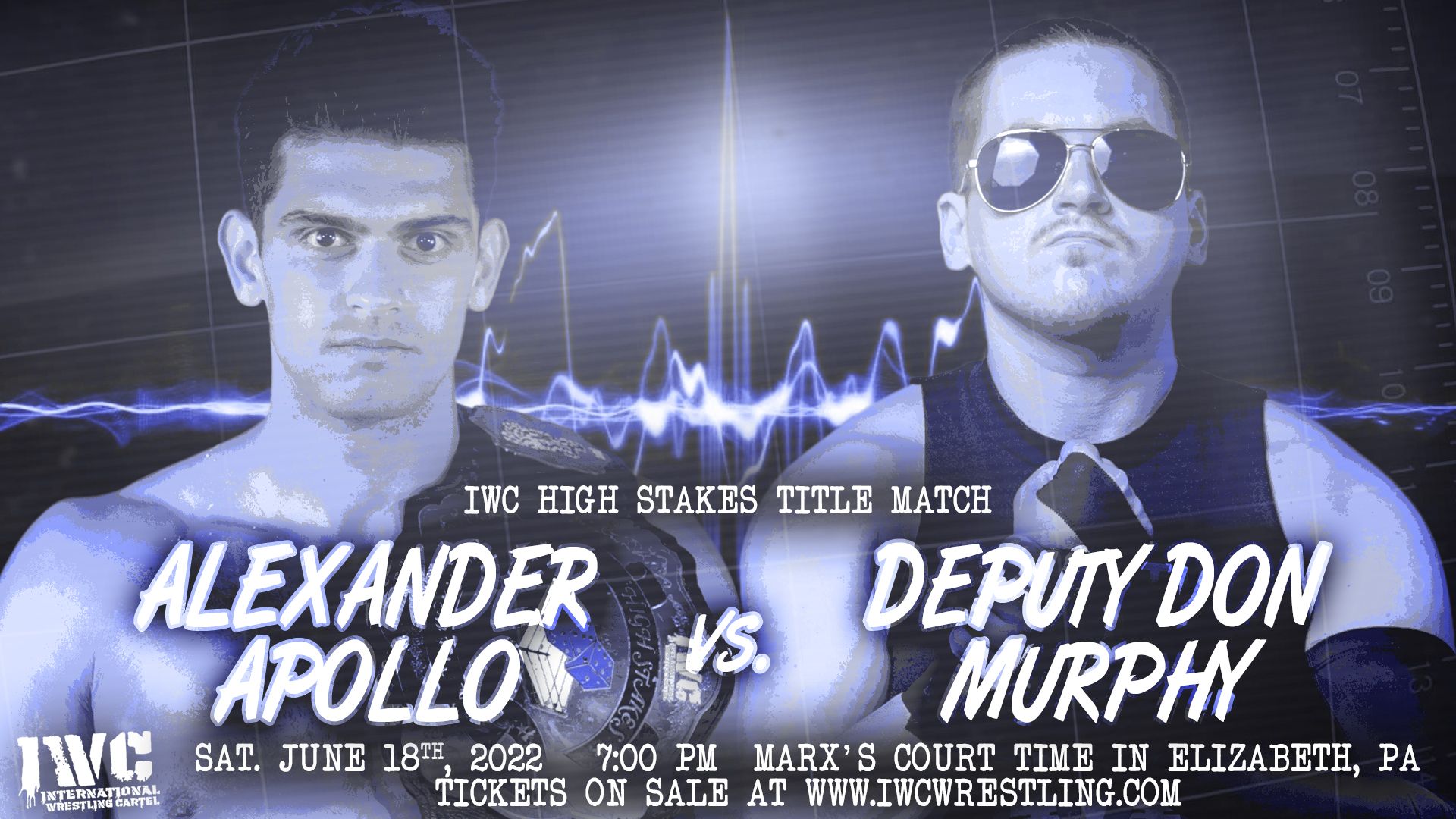 IWC High Stakes Champion Alexander Apollo is known for picking stipulations that benefit his opponents. But, what stipulation could Apollo choose that benefits the ‘Biggest Little Man’ in the business, Don Murphy? Can the Greek God handle the Deputy?! 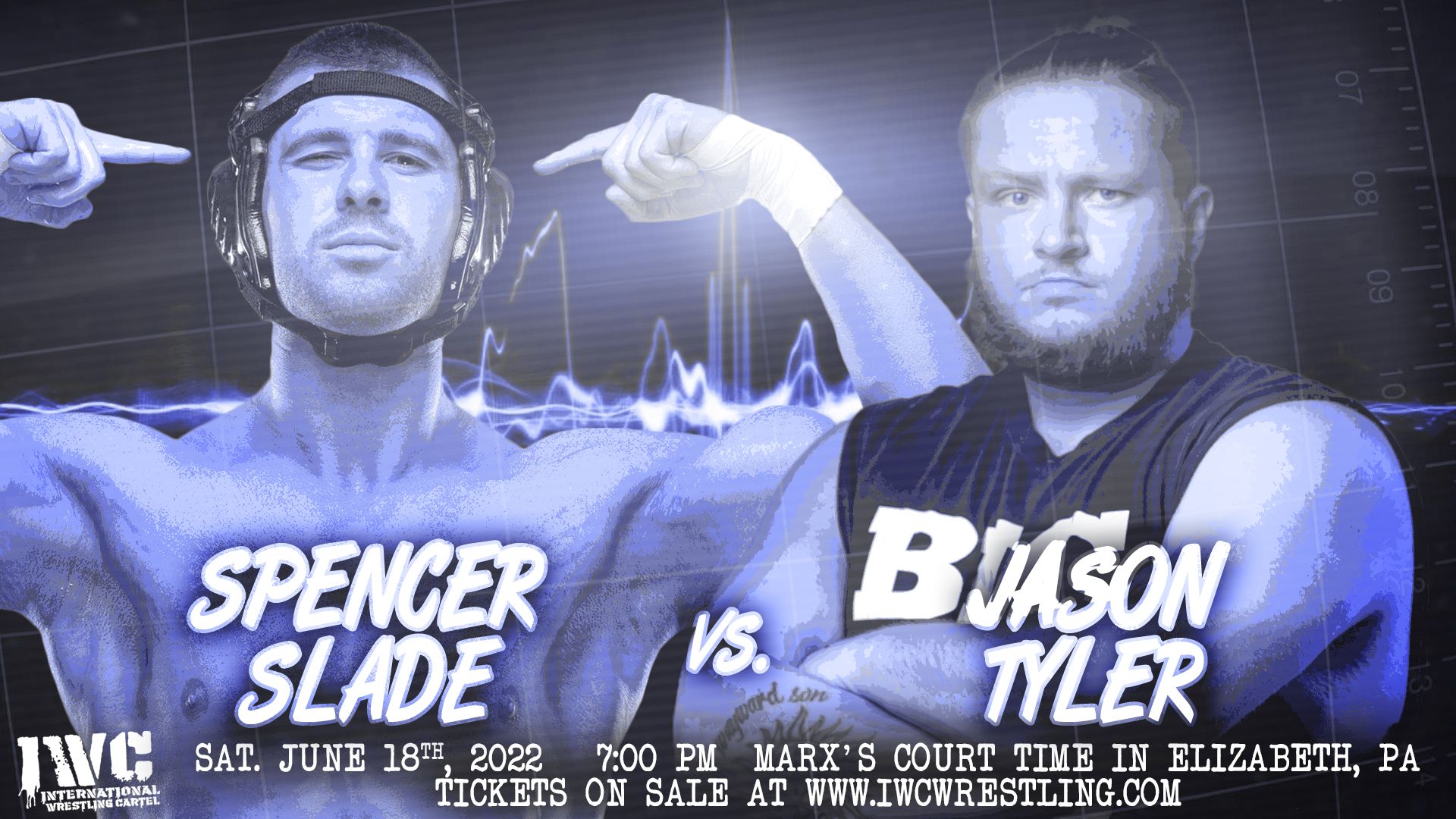 Spencer Slade is fresh off back-to-back wins including one over former IWC Heavyweight Champion and ECW Legend Rhino!! Will Spencer’s streak continue when he takes on the ‘Big Rig’ Jason Tyler? Or, will Jason’s recent momentum allow him to plow through the Submission Specialist!?

A Special Announcement from 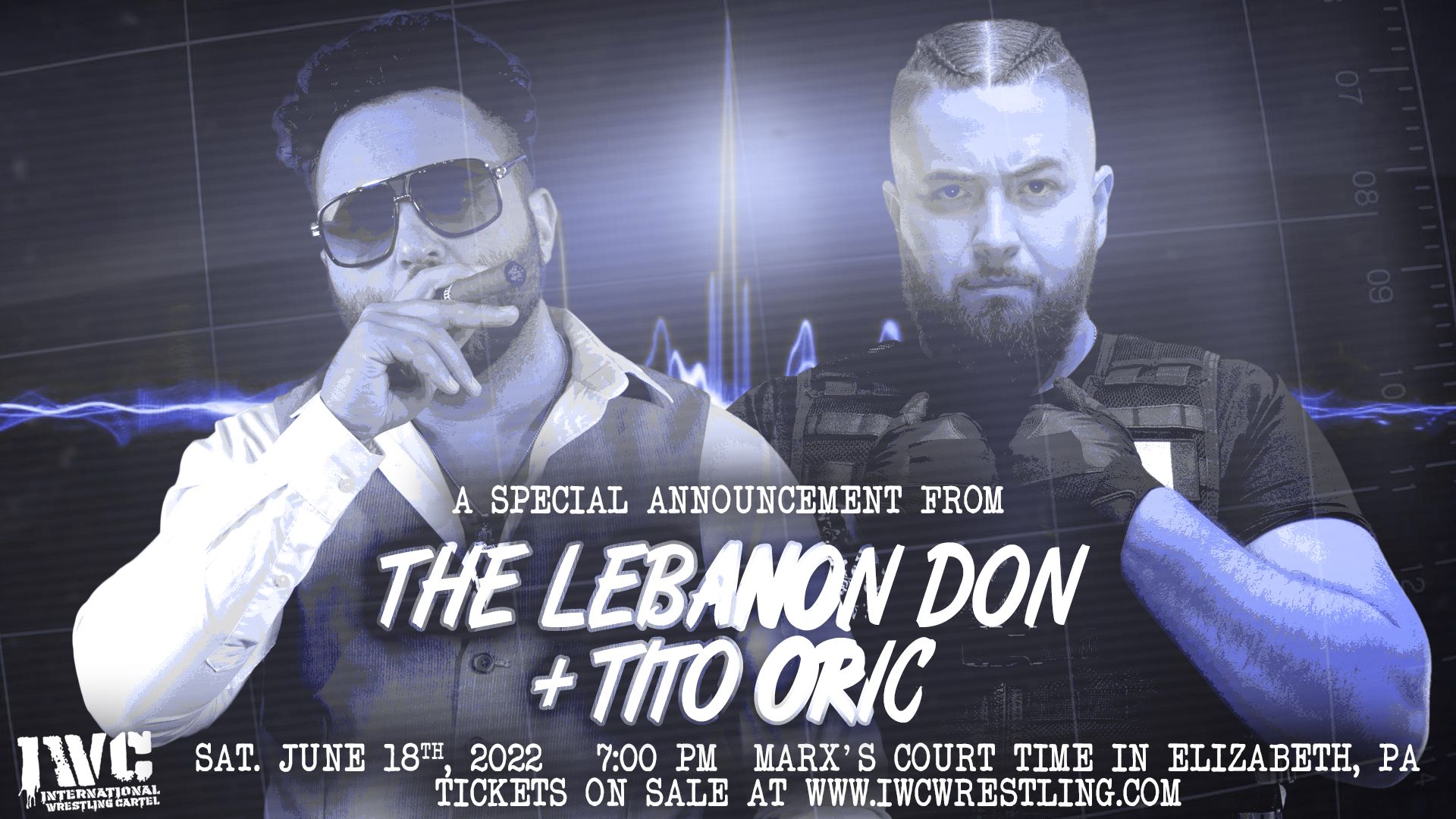 Having been banned at Ringside, The Lebanon Don was unable to witness Tito Orič standing tall at the end of a vicious Steel Cage match last month! On June 18th at IWC AFTERSHOCK 2022, the Lebanon Don and Tito Oric have a special announcement the Don feels can only be delivered in person, in an IWC ring. What news does he have in mind!? 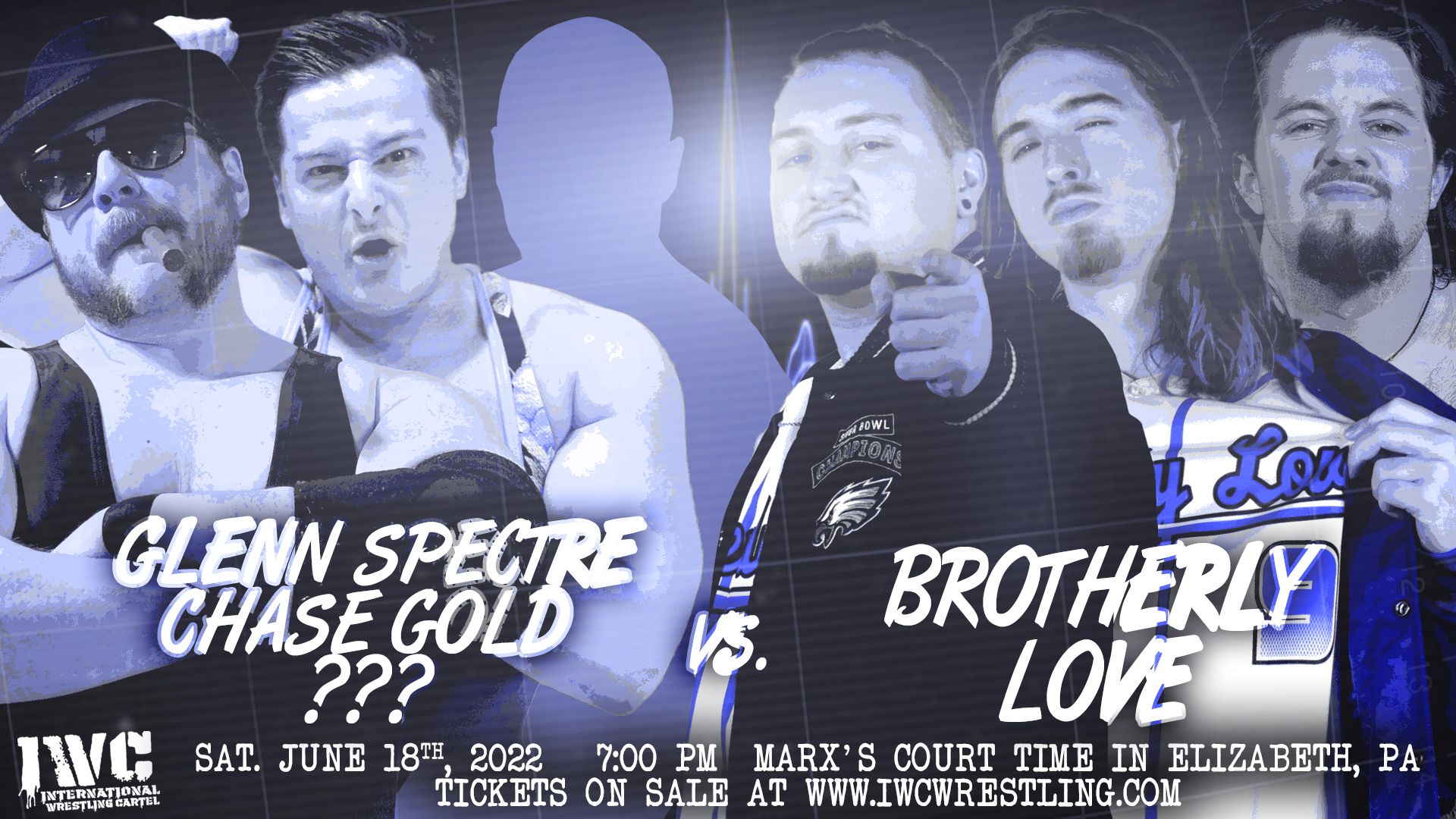 Brotherly Love remains Undefeated in Tag Team competition throughout the IWC!  But, their persistent requests for better and better competition has aggravated certain members of the IWC roster.  After a recent in-ring return to the IWC, Glenn Spectre felt he could teach the rookies a thing or two.  But, Chase Goooooooold can’t stand the smell of Cheese Whiz and answered the call as well.  Who will be the third member to complete the trio, and perhaps end Brotherly Love’s Undefeated streak!?